The Economist Intelligence Unit has revealed the most liveable cities across the world for 2019.

This annual report uses stability, health care, infrastructure, education, culture and environment to assess the livability of 140 major cities around the world.

Not much as changed since 2018 including the fact that African cities still rank poorly on this list.

Of the 10 bottom least liveable cities, five can be found in Africa. They are: 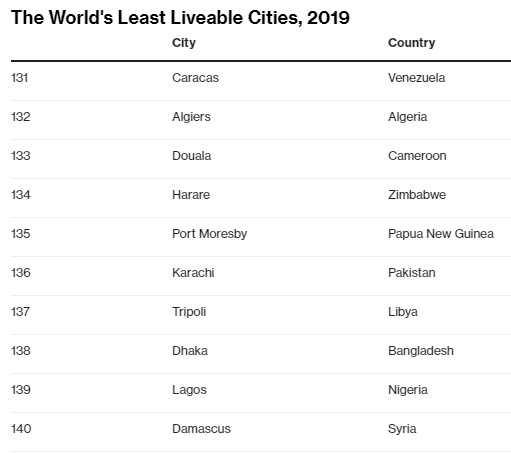 It isn’t all bad news

Despite the low ratings for African cities, Abidjan in Côte d’Ivoire’s overall liveability ranking has improved over the past five years.

“Abidjan’s upward trajectory has stalled in the past year,” the report states, “but Côte d’Ivoire’s diversifying economy and strengthening governance have driven upgrades in previous years.” 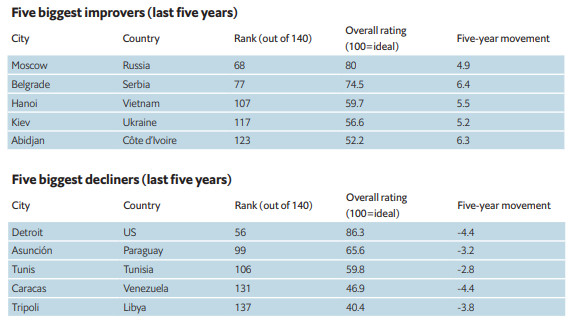 Afrobarometer? The only survey that counts is on December 7 – Akufo-Addo

How GETFund will prevent shoddy works in 2020