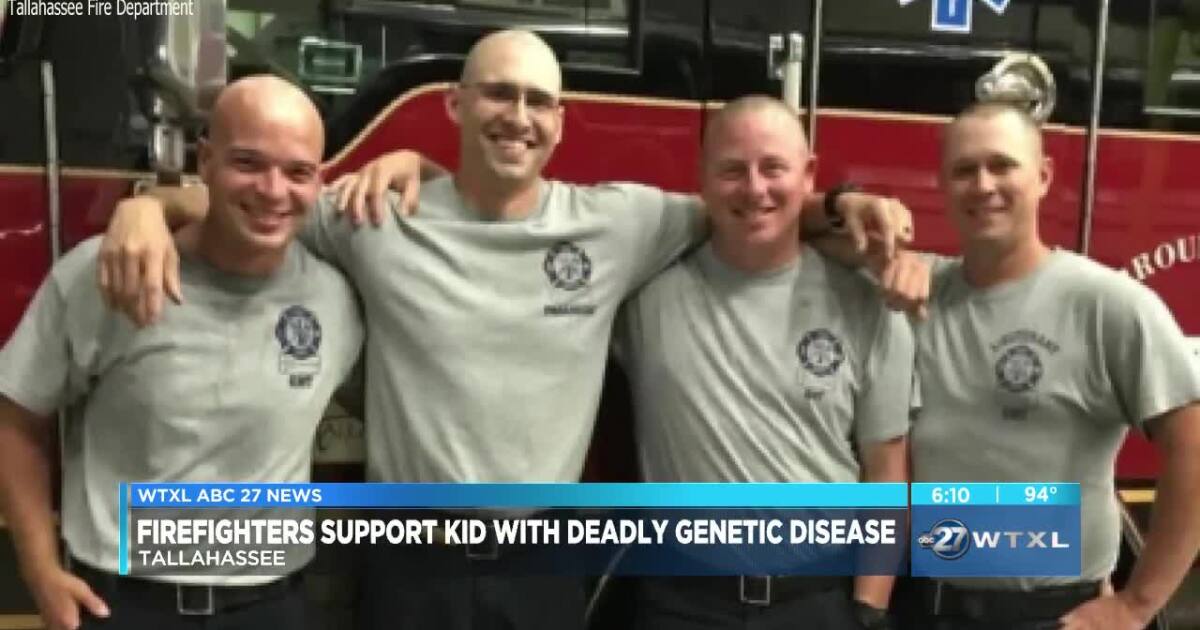 TALLAHASSEE, Fla. — Tallahassee firefighters all got haircuts this weekend in support of a local kid with ALD-Adrenoleukodystrophy.

Trace Thompson was recently diagnosed with the deadly genetic disease. TFD doesn’t know the boy, but he’s a family friend of one of the firefighters.

Thompson had to shave his head, which he had some trouble understanding. That’s why the crew at station three all decided to shave their heads too.

“We see so much suffering everyday that if we can do something to help someone. It’s kind of what we do,” said Lt. Warner.

Lieutenant Warner says they haven’t had a chance to talk to Trace, but hope it made his day to have some support.