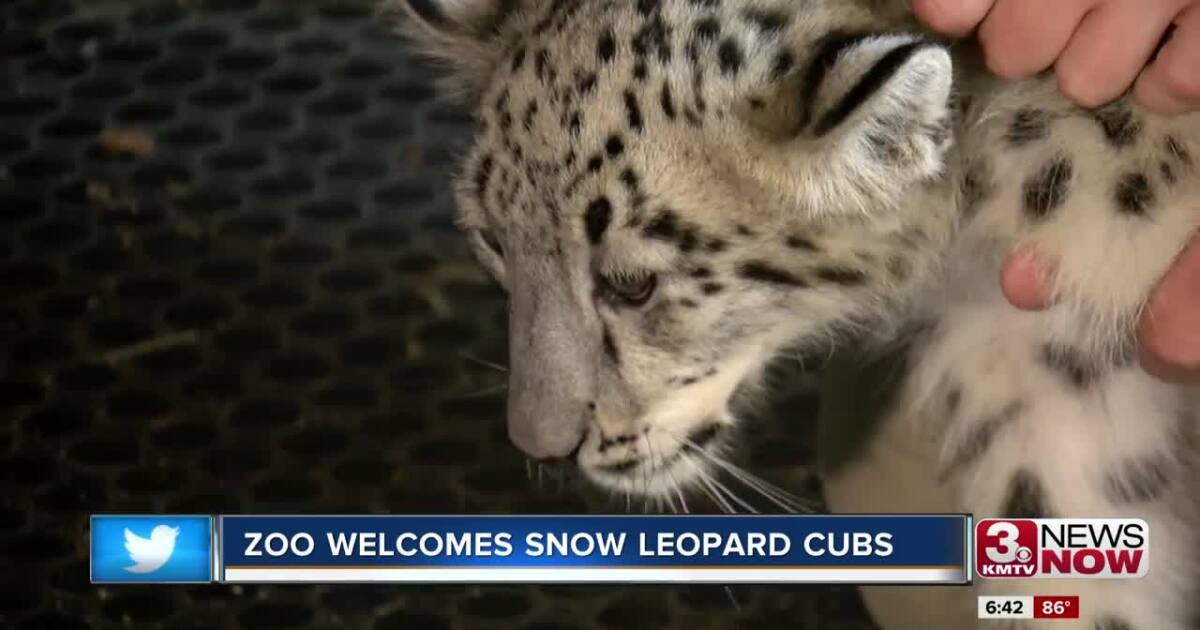 OMAHA, Neb. (KMTV) — Omaha’s Henry Doorly Zoo and Aquarium announced the birth of two snow leopard cubs Tuesday and we are giving you a look at the new babies.

They say the pair was born on May 22 to parents Rosemary and Pasha and that they hope show them off to the public in the near future. One cub is male and the other is female.

The cubs do not have names yet but the zoo says they will be named zoo’s biennial fundraiser, Zoofari, on September 13.

Snow Leopards are listed as a vulnerable species the zoo says. There are only 2,700-3,300 left in the world says the zoo.

Omaha’s Henry Doorly Zoo and Aquarium is part of an organization that works to “maintain a genetically stable assurance population of Snow leopards in zoos.”

Parents Rosemary and Pasha had another cub named Victoria in 2017 which was sent to a zoo in Michigan.

We’ll have more on the cubs tonight on 3 News Now Live at 6 – Available on-air, on our website and on the 3 News Now apps for mobile and streaming devices.