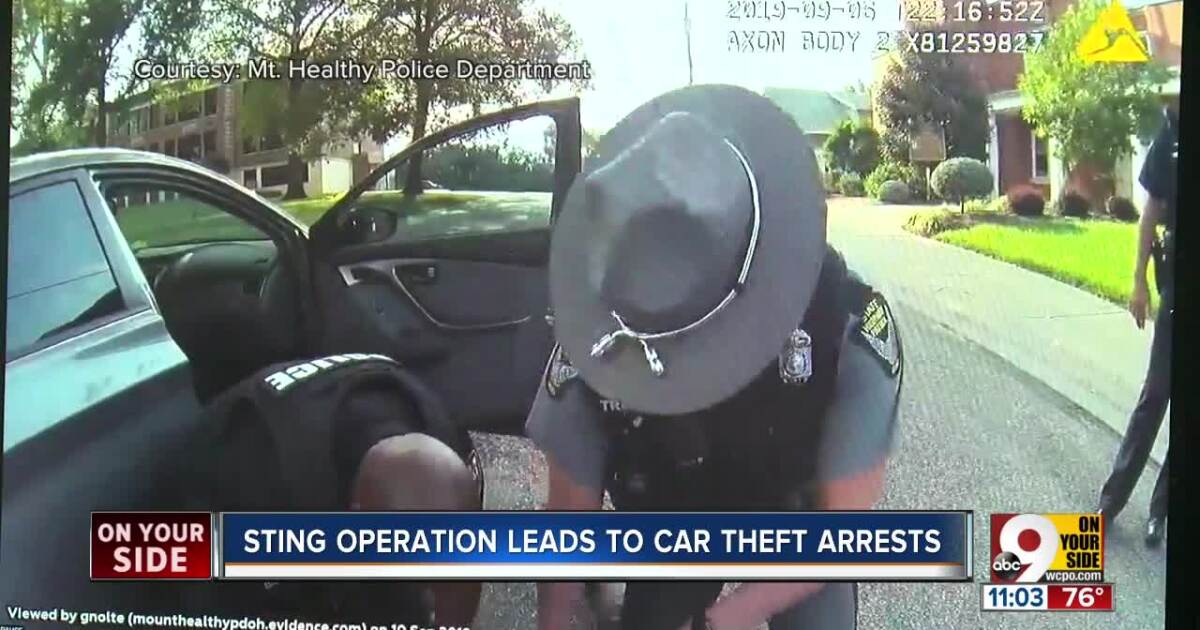 When conventional methods failed to catch the people stealing cars from outside a United Dairy Farmers gas station, Mount Healthy police tried an unconventional tack — one that required two other agencies, a total of 15 officers and a high-tech accessory on loan from the Ohio State Highway Patrol.

The problem, according to Sgt. Greg Nolte: Cars had begun disappearing from outside the UDF in July. The story was always the same.

“You go to the gas pumps, you fill your tank up, leave your car running, go in to pay for your gas, you come out and your car is gone,” he said.

Evidence indicates they were stolen for joyriding or transportation, not parts, he added.

The solution: A decoy car that could be shut down remotely once the would-be thief or thieves drove it off the lot. With the help of Springfield Township police and OSP, Mount Healthy planted a decoy outside the UDF Friday, left it running and waited.

“Within minutes it was stolen,” Nolte said. “The bait car worked just as it was supposed to.”

Twice in the same day, in fact. Body cameras recorded a pair of dramatic chases, which resulted in a trio of arrests. One adult and two juvenile suspects were charged with grand theft auto after officers caught them in the stolen decoy car.

Police will compare the suspects’ DNA and fingerprints to see if they can be linked to other car thefts in the area, according to Nolte.

In the meantime, he reminded drivers not to leave their cars running and unattended under any circumstance.

“When your car is taken and that car shouldn’t be encountered by law enforcement with the thief in it, most of the time these situations turn into high-speed pursuits that are extremely dangerous to the public and police officers,” he said.

2019-09-11
Previous Post: Parents denied custody of son after refusing chemo
Next Post: “If you take a picture of Wendy Shay in the morning, you’ll run away” – Ola Michael