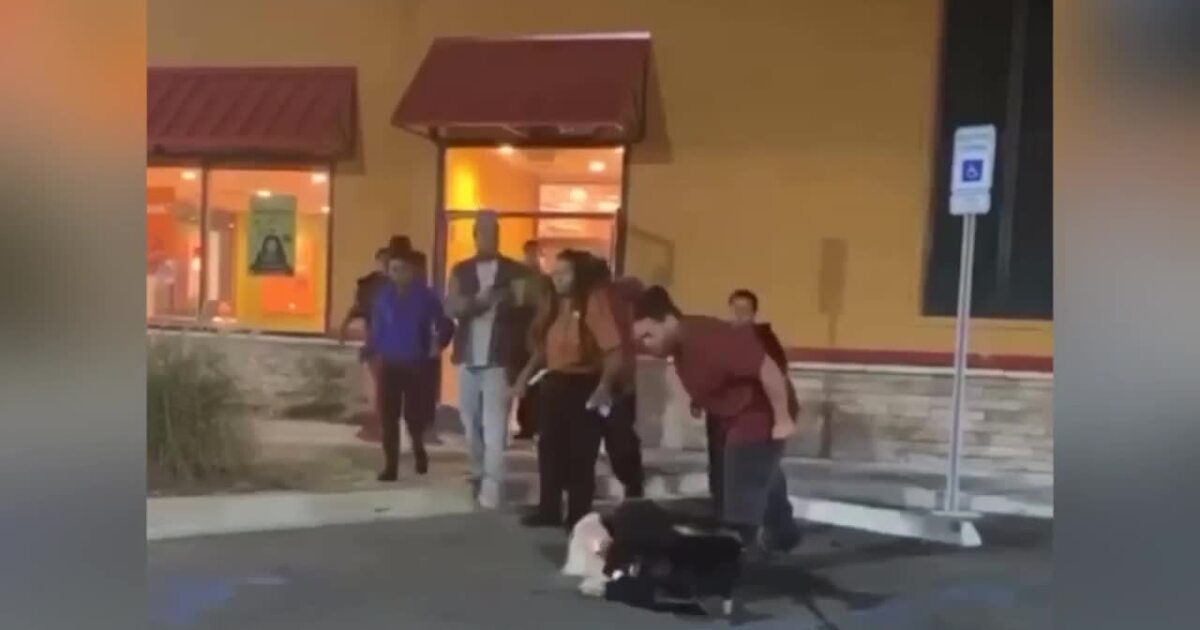 COLUMBIA, Tenn. (WTVF) — An assault in the parking lot of a Columbia Popeye’s ended with one person in custody and another in the hospital.

The assault happened Tuesday at the Popeye’s Louisiana Kitchen on Nashville Highway, and on Friday, officers arrested and charged 29-year-old Deriance Ra’Shaiel Hughes, who appears to be a Popeye’s employee, with felony aggravated assault.

Columbia Police officers responded to a disturbance at the fast food restaurant around 5:30 p.m. Tuesday.

Cell phone video of the incident shows the woman walking out of the restaurant. Hughes follows her out bear hugging her from behind. He then can be seen lift her up then throw her to the ground.

Police officials say Popeye’s corporate management is cooperating with detectives in their investigation.