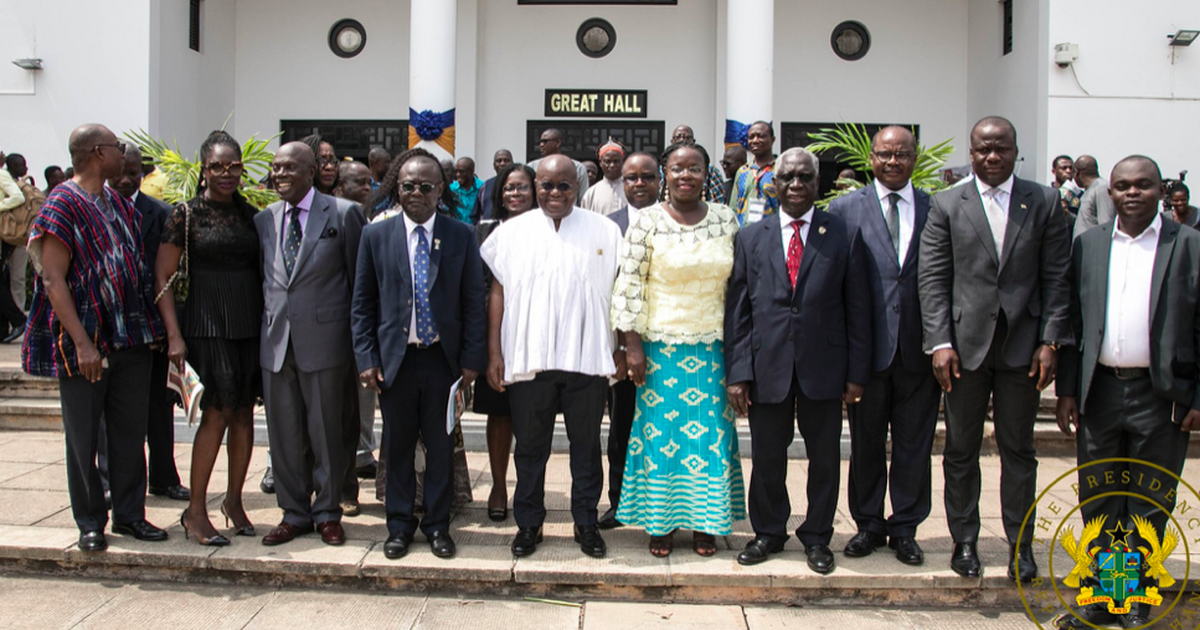 He believes Ghanaians will enjoy more benefits if he is given a second term in office.

“Having achieved all these significant milestones, even in the midst of the difficulties we met, I am hopeful that the Ghanaian people would reward my party with another resounding victory in 2020. We will not be complacent, and we will work hard for victory, regardless of the fact that ‘One Good Term Deserves Another’. We need four more years to do more,” he said.

President Akufo-Addo made the remark, at the maiden edition of the Results Fair, held at the Accra International Conference Centre, on Tuesday, 14th January 2020.

According to President Akufo-Addo, the macroeconomic situation he inherited, at the beginning of 2017, was a dire one, evidenced by a GDP growth of 3.6%, fiscal deficit of 9.3%, inflation at 15.4%, and a weak external reserves position.

“The banking sector was weighed down by a plethora of poorly capitalised, and weak and insolvent institutions, with potentially grave consequences for the entire financial system. Agricultural and industrial activities were down. Unemployment, especially of the youth, was widespread, against a background of low incomes and high prices,” he said.

This, amongst several others, he said, was the distressing state of the economy that awaited his government in January 2017, “enough to undermine the pledges we made in the 2016 Manifesto, the platform on which we won the election of 2016.”

Nonetheless, the President told the gathering that he was convinced the programmes and policies his Government wanted to undertake would revive the Ghanaian economy, improve the health and social wellbeing of citizens, create a society of opportunities for all, and help put Ghana onto the path of progress and prosperity.

“Indeed, many were those who made disparaging remarks about our policies and went as far as describing them as election gimmicks. However, by dint of hard work, we have implemented these flagship programmes, and we have begun to see their impacts throughout the country, with the overarching vision being to realise our vision of moving Ghana to a situation beyond aid,” he said.

“We are determined to use our resources to build a robust economy that would propel us into the ranks of the developed nations of the world, take our fate in our own hands, and work to bring us to where we do not look for or expect charity,” the President added.

Touching on the National Identification registration, he stated that “as at Wednesday, 8th January, 2020, some 6.3 million Ghanaians had been registered since the mass registration exercise commenced on 29th April, 2019, with 3.7 million cards issued. I have the assurances from the Executive Secretary of the NIA that the remaining cards will be issued soon”.

On solving the country’s perennial dependence on imported rice, he noted that thanks to the Planting for Food and Jobs (PFJ) programme, Ghana is in the process of reducing the importation of rice, with some 785,000 tons of rice milled in Ghana in 2019.

“By 2022 our country would be self-sufficient in the production of rice. We have also had two bumper years of production, and, last year, we did not import, unlike in previous years, a single grain of maize. On the contrary, we are now a net exporter of foodstuffs,” he added.

The “One-District-One-Factory” policy, he told the gathering, has taken off, and there are 181 factories being constructed and are at different stages of completion across the country.

“Currently fifty-eight factories, under the scheme, are functioning. Another twenty-six are under construction, with another twenty-six pipeline projects set to commence implementation by the first quarter of 2020. In addition to the implementation of the automotive policy, with the setting up of the Ghana Integrated Aluminium Development Corporation (GIADEC) and the Ghana Iron and Steel Development Corporation (GISDEC), our Industrialisation Agenda will soon be realised,” he added.

On education, he stated that Free SHS, which was described as an impossibility and a misplaced priority by his political opponents, has been successfully implemented. 1.2 million children, the highest enrolment of pupils in Senior High School in Ghana’s history, are benefitting from the policy.

“The allowances of nursing and teacher trainees, that were scrapped by the Mahama government, have been restored, and the three hundred and seven (307) ambulances, i.e. 1-Ambulance-1-Constituency, will be commissioned by me on 28th January, 2020, for nationwide distribution,” he added.

On the unemployment situation, he noted that 100,000 graduates have been employed through the Nation Builders’ Corps; 54,892 healthcare workers have been employed, and 66,357 teachers have gotten jobs since he came into office in 2017.

He added that the “One-Village-One-Dam” programme, and the Zongo Development Fund and the Infrastructure for Poverty Eradication Programme (IPEP), are being pursued to stimulate job creation opportunities across the country.

“We have embraced the application of digital technology in the delivery of public services, like the paperless system at the ports, the mobile interoperability system, and the national digital addressing property system,” he added.

The holding of the Results Fair, the President stressed “demonstrates our appreciation of the fact that a lot more needs to be done to achieve the Ghana that we want. It is also an indication of our resolve to secure a better future for all Ghanaians. Although a lot has been achieved over the past three years, there is still more work to be done to transform our country.”

NPP to acclaim Akufo-Addo as its presidential candidate today