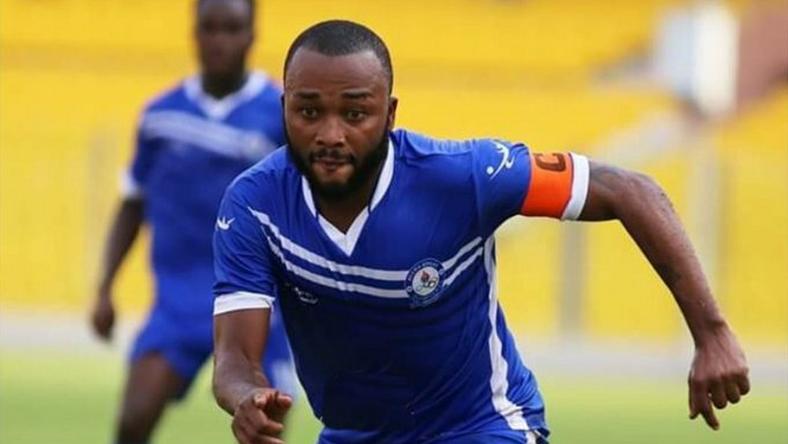 Gladson Awako of Great Olympics was shortlisted alongside Salifu Ibrahim of Techiman Eleven Wonders, Augustine Boakye of WAFA and Benjamin Tweneboah of Elmina Sharks, but beats off competition from them to clinch the ultimate.

READ MORE: Most Man of the Match recipients and Top Scorers after GPL matchday 8

His outstanding form in the six matches under review (November –December) saw him score four goals with three assists.

He also won the NASCO Man of the Match award four times within the period.

For his award, Gladson Awako will receive NASCO Television and a personalized trophy from the award sponsors, Electroland Ghana Limited(NASCO).

He took to his Instagram handle to thank everyone who supported to help him win the award.

“Thank you @GhanaLeague and everyone who supported and made it possible for me to win my first player of the month award ???? special thanks goes to the technical team of @AccraGtOlympics and the playing body. Onelove ????????????”

Awako started his career at Ajax Academy, which was owned by Ashanti Gold.

He joined Heart of Lions, before his move to Ghana Premier League side Berekum Chelsea.

Gladson Awako was a member of the Berekum side that reached the group stage of the CAF Champions League in 2012.

The member of the Black Satellites team that won the FIFA U-20 World Cup in 2009 joined TP Mazembe and won both the CAF Champions League and Confederation Cup.

Awako also had a stint with Phoenix Rising in the 2017-2018 football season.

My mama never went for abortion, so every time I get paid she gets her portion – Lil Wayne