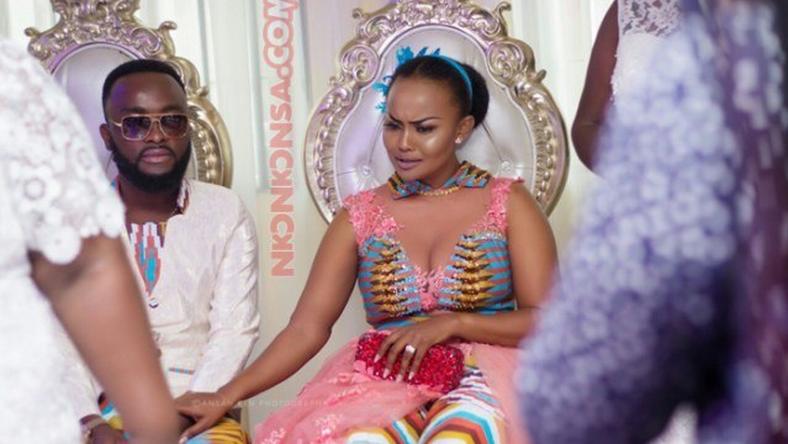 The host of UTV’s ‘United Showbiz” show appeared on Quophi Okyeame’s show on Angel FM yesterday where she revealed that she is not exempted from fights and misunderstandings in marriages – after all, she’s also a human.

According to Nana Ama McBrown, she has had some fights and misunderstandings with her husband, Maxwell Mawuli Mensah, and after the fights, she sometimes decides not to talk to him for days out of anger.

She said the farthest she has gone without talking to her husband after a fight is a fortnight, arguing that she went this far because she was ‘right’.

“How long have you gone without talking to your husband after a fight or misunderstanding,” Quophi Okyeame posed the question to her.

She responded, saying: “About two weeks. I was right not to speak to him within that period because I was right.”

Nana Ama McBrown also disclosed that she gets scared of divorce because she is a human.

“I’m a human being, so I get scared,” she told Quophi Okyeame. “I have Ghanaians at heart and in everything I do so, of course, I get scared.”

In November last year, Maxwell Mawuli Mensah disclosed that he has met ‘thousands of people in life’ but none of them touched him like Nana Ama McBrown.

According to Maxwell Mensah, Nana Ama McBrown touched him when they met and his life has changed forever.

“You meet thousands of people and none of them really touch you. And then you meet one person and your life is changed forever,” he captioned a photo she shared on his Instagram page.

Watch Nana Ama McBrown talk about fights in her marriage and divorce scare below.

Floods kill more than 60 in Sudan