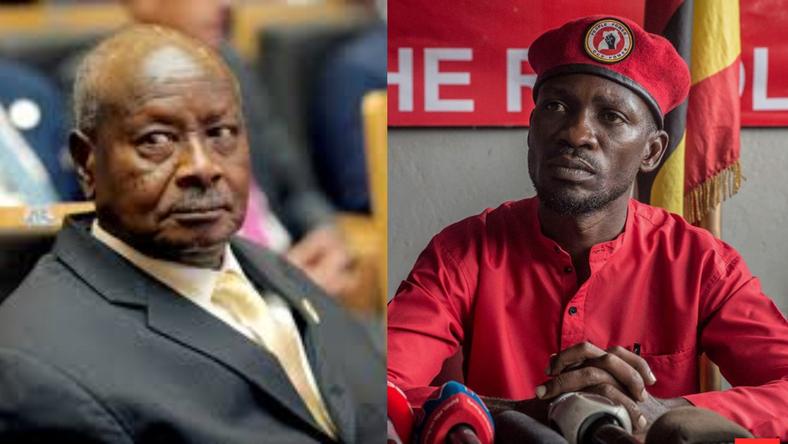 According to Daily Monitor, Wine’s legal team has until Wednesday, February 3, evening (5 pm), to serve the defendant with the petition.

But the National Unity Platform (NUP) lawyers led by Antony Wameli have claimed that Museveni, the president-elect of making it difficult to serve him with the petition with just a few hours for the deadline to elapse.

Wameli told the press on Tuesday, February 2 that he had looked for Museveni in three places including National Resistance Movement (NRM) head offices in Kampala, the party legal offices, and then Nakasero State Lodge where Museveni was expected to be but they could not find him.

Reports say Bobi Wine’s lawyers have only one option of moving to Entebbe statehouse to look for the president since the law demands that they should serve him within two days from the day of filing the petition.

Wine filed the petition on Monday, February 1, and is therefore remaining with a few hours to ensure that the defendant is served with the documents.

Lawyer Wameli has indicated that his team may be compelled to serve the president through newspapers.

Meanwhile, the head of communications at NRM Emmanuel Dombo is reported as saying that Museveni was in the country and those looking for him should visit his known public and residential offices and serve him or find other alternatives of doing so as stipulated in the law.

According to Tuko.co.ke, lawyers who represented the then-presidential candidate Amama Mbabazi went through the same struggle in 2016 trying to find Museveni to serve court documents on him. They had to go through the head of the legal department in NRM Oscar Kihika who then connected them to him.

Bobi Wine, the NUP’s presidential candidate has rejected the results announced by the country’s electoral management body and vowed to move to the Supreme Court for redress.