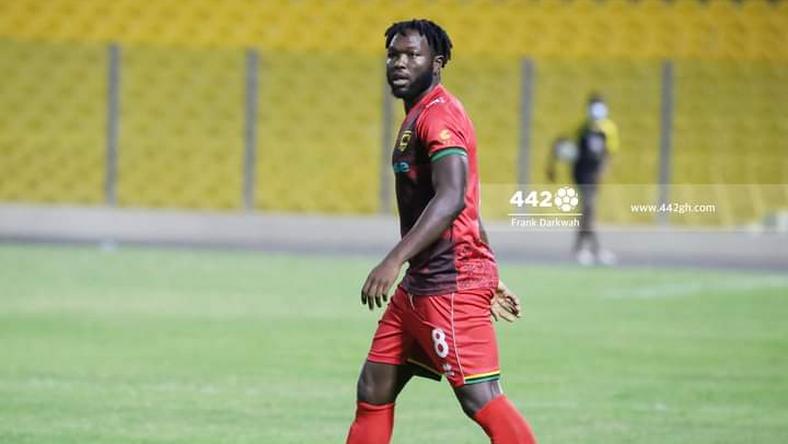 In an INTERPOL letter dated January 29, 2021, and addressed to the Controller General of the Ghana Immigration Service(GIS), the Police disclosed that Muniru is under investigation for alleged football match-fixing and were seeking to know whether he was in Ghana between the period of October and November 2020.

The letter also requested for the former CFR Cluj midfield enforcer’s travelling history to help them with their investigation.

But in a press release, Kotoko fingered Mauritanian side Nouadhibou FC in an alleged plot to ‘disgrace the club and player.

“Asante Kotoko has taken notice of a document in circulation in respect of match-fixing allegations against our former player Muniru Sulley and wish to state our position on the matter,” Kotoko said in a statement on Wednesday.

“This is a desperate attempt by FC Nouadhibou and Mauritanian authorities to save a frivolous protest case lodged against Asante Kotoko after eliminating the former from the Caf Champions League.

“It would be recalled that right after their elimination from the competition, FC Nouadhibou filed a protest against Asante Kotoko on the foundation that the player Muniru Sulley was registered by the club prior to his arrival in Ghana and therefore the registration was fraudulent.

“Asante Kotoko responded and provided details proving that the player arrived in Ghana on the 30th October 2020 and was not registered prior to his arrival. We provided Caf with his travel records including a certified letter from the Ghana Immigration Service.

“In FC Nouadhibou’s desperate attempt to seek information from the Ghana Immigration Service on the arrival date of the player in Ghana to back their ailing case, they have resorted to involving their country’s police to create a scenario of a phantom investigation.”

“A scrutiny of the letter in circulation points to the fact that their only interest is to establish the travel history of the player and nothing more. This attempt to tarnish the image of the club and player will not be treated lightly. We will urge all to cooperate with the Ghana Police Service to bring this matter to a close,” Kotoko said.

Sulley Muniru was a member of the Kotoko team that drew 1-1 against Mauritanian outfit FC Nouadibou in the first leg of their CAF Champions League.

Below is a copy of Kotoko’s letter

Rawlings’ call for our VC to step aside misplaced – UEW