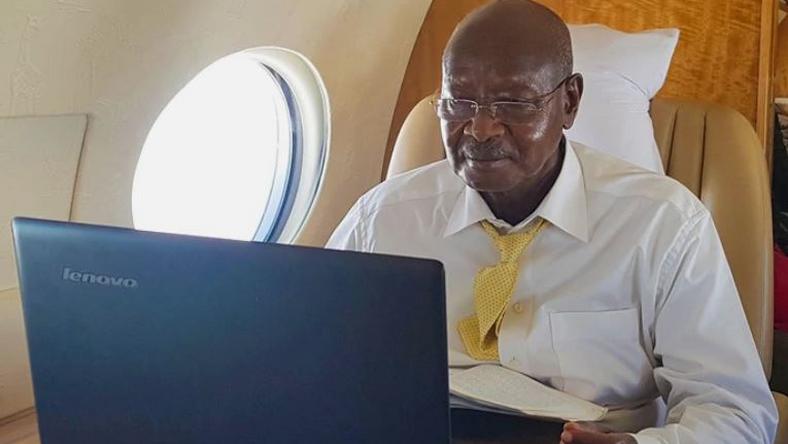 The National Unity PLatform (NUP) presidential candidate for the January 14 general election has accused his opponent Yoweri Museveni of suppressing freedom of expression, knowing how the citizenry might want to use social media to voice out their reservations about the alleged manipulation of the election results in his favour.

Reports say Museveni’s government ordered the internet to be shut down for fear it could be used by ‘warmongers’ to spread violence during the poll but Bobi Wine alleged that the move was a ploy adopted by the government to enable the incumbent president to rig the elections.

According to Tuko.co.ke, three days after the election day, on January 17, internet services were restored but social media remained shut down.

Bobi Wine took to Twitter on February 4, to accuse Museveni of violating and abusing the rights of Ugandans by denying them access to information and other crucial services and privileges available on social media.

The 38-year-old politician said his opposite number, the National Resistance Movement (NRM) leader is still afraid of the citizens using social media to stage a revolution against his re-election.

READ ALSO: Ghanaian MP who wrote Approachers Series reveals how the books made him a student millionaire

“22 days since social media was switched off in Uganda. We must end authoritarian rule. Gen. Museveni treats our country like his personal estate! He doesn’t like an NGO? Shuts it down. Unhappy with a media house? Revokes license. Feels threatened by social media? Switches it off!” Bobi Wine tweeted.

He also alleged that the government and its officials have been using the Virtual Private Network (VPN) to access online services but have threatened to arrest the citizens if they attempt to do the same.

“Ironically, government departments, including the police and the military are on social media trying to communicate to citizens, who they have threatened to arrest for using VPNs to access social media! They lack shame; they lack direction- they’re tired,” added Wine.

Meanwhile, on Monday, February 1, Bobi Wine filed a petition before the Supreme Court challenging the re-election of Museveni, asking the court to nullify his reelection on 26 grounds including the shutting down of the internet, 100% voter turnout in some of Museveni’s strongholds and arrest and intimidation of his agents during the polling and counting of votes.

For the first time, Stonebwoy flaunts his Gold & Diamond rings