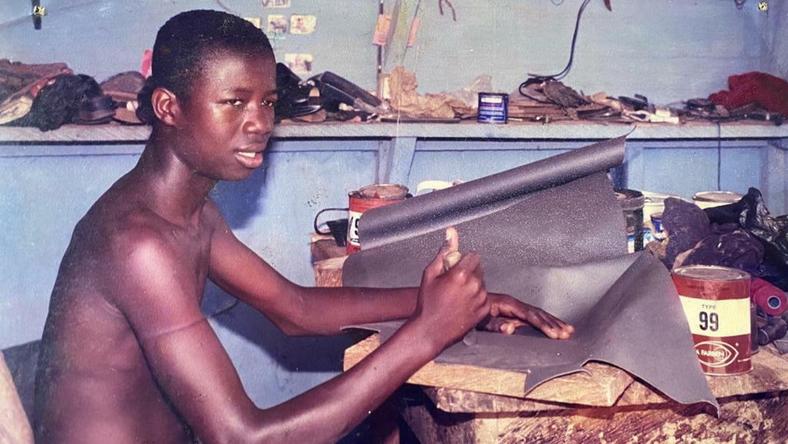 The Kumawood actor was once a shoemaker before acting came his way to become the superstar that he is today. Despite becoming successful in the movie industry, Kwaku Manu never shies away from his humble beginning.

The actor who dropped out of school in JHS1, shared the throwback photo of him at work as a shoemaker and wrote: “who remember this shoemaker? If you know u know, let me know incase u know him“.

Kwaku Manu talking about how he dropped out of school in an old interview said “back in Obuasi, I was interested in school but I wasn’t that brilliant. The activities of galamseyers brought some conflict in our community and as a result, we had to flee for our lives.”

He continued “my family left to New Edubease and I learnt shoemaking as an apprentice of my father“.

The father of 3, is now one of the most successful Kumawood actors. Kwaku Manu now has his own YouTube ‘Aggressive’ show that sees him interviewing popular faces in showbiz.