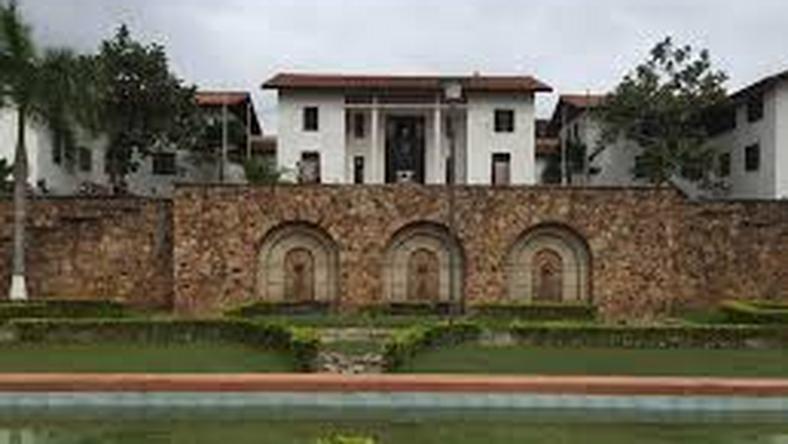 Some students of the Hall issued insults and threats to lecturers for stalling a project that will see an expansion of the famous hall.

In a letter written by Prof. Nana Akua Anyidoho on behalf of the faculty, she categorically mentioned that the unsavoury comments from the students were indicative of deliberate misinformation about the impending project.

At a recent press conference organized by the students to protest their displeasure over the stalling of the project, the aggrieved students, however, accused the lecturers of sabotage warning that they would do everything possible to ensure that the project was executed.

READ THE FULL LETTER BELOW

We write to engage with you on recent public statements made by individuals who have represented themselves as speaking for students of Commonwealth Hall. We are taking this step because the statements made during a press conference organized in your name on Friday, 29 January 2021 suggest to us that you do not have accurate information about the issues at stake in the debate over the Commonwealth Hall Annex project. We suspect that there has been deliberate misinformation, which has resulted in your representatives directing insults and threats towards 27 faculty members of the university who requested a special meeting of convocation to discuss the project.

In the first place, there is no truth to the claim that the 27 faculty members are against the Commonwealth Hall Annex project. Requesting a special meeting of convocation is one of the university’s laid-down procedures that obliges the Vice-Chancellor to call a meeting of all Senior Members to discuss issues of urgent concern to the university. The faculty members simply signed the letter to fulfil the statutory requirement for such a special meeting to be called.

Secondly, in addition to these 27 lecturers, several other members of the university have raised concerns about the project, beginning in November 2019 when 150 members of faculty (including fellows of Commonwealth Hall) wrote to the University Council to reconsider the site of the project. This was followed in December 2019 by a request for a special meeting of convocation by another group of faculty members. The convocation of 14 January 2021, which was the subject of your press conference, was the second special convocation to discuss the Commonwealth Hall Annex project. Outside of the university, the Minister of Finance, some Old Vandals, and even members of the public have expressed similar concerns about the siting of the project, its finances, and the statutory processes leading up to the assumption of construction work in December 2020.

Thirdly, at the various meetings and in all the letters sent to university authorities, Senior Members (again, including fellows of Commonwealth Hall) have consistently affirmed the need for more accommodation on campus and have supported Commonwealth Hall’s right to have an annex. There is, therefore, absolutely no truth to the allegation that the 27 faculty members or any others are dead set against Commonwealth Hall having an annex or are plotting to bring female students to Commonwealth Hall.

Finally, and contrary to statements made at the press conference, the Commonwealth Hall Annex project has not passed through all the university’s approval processes. This is why the start of construction work (which began with the cutting down of trees and grading of the site in December 2020) caused such consternation among the university community. These unauthorized actions by the developers is what led the call for the special convocation of January 2021, where the Vice-Chancellor confirmed that the project had not received approval by the University Council because there were many outstanding matters to be addressed.

The questions that many members of the university community have raised about the Commonwealth Annex project have been with respect to the siting of the project, its environmental and financial implications, as well as its non-compliance with the procedures and regulations of the University of Ghana and the Government of Ghana.

In summary, we are very much in favour of Commonwealth Hall having an annex that is located in a nearby and environmentally sustainable location, once the governance, environmental and financial implications of such a project have been properly addressed.

This brings us to the actions of some Commonwealth Hall students which, even if carried out on the basis of misinformation, are nonetheless inexcusable. Just before the special Convocation of the University held on 14 January 2021, there were rumblings of plans by students and alumni of Commonwealth Hall to march up to the Great Hall and disrupt proceedings. The university was forced to call in extra security for the meeting. During the last week of January, messages began circulating on social media with a list of the names of the 27 faculty members who had requested the special meeting of convocation, warning them to “get ready to answer to Vandals”. This was followed on Friday, 29 January 2021 by a press conference covered by various television stations, where the names of these members of Convocation were read out by the spokesperson, with other students providing a background chorus of insults. On Sunday, 31 January 2021, Commonwealth Hall students besieged the premises of the St. Thomas Aquinas Catholic Chaplaincy, where Rev. Prof. M. P. K. Okyerefo (a fellow of Commonwealth Hall who has voiced his concern about the project) was among the clergy holding mass to celebrate the 70th anniversary of the chaplaincy, with two Catholic bishops as special guests. The students wielded placards bearing his name, demanding that he stay away from Commonwealth Hall.

While we support your right as students to voice your concerns, these actions are unacceptable in an academic environment, not least because they breach of section 18.3 of the University of Ghana Regulations for Junior Members, which details non-academic offences such as threats of harm to people.

As your senior colleagues in the university, we want to believe that if we present you with the facts of this case, you will inform yourselves about the issues and take steps to de-escalate the situation. We also urge you to make prudent decisions about the battles you are drawn into, based on a calculation of the long-term consequences to yourselves and to the university.

As we continue to discuss the annex project, we commit to the following and ask that you do the same: to listen to different sides of the issue; to agree to disagree without threats of intimidation; and to follow laid down procedures in expressing our views. Anything short of this dishonours your position as members of Commonwealth Hall and of the University of Ghana.

Know that we are available to have further discussions in a mutually-respectful manner.

The Pro-Vice-Chancellor, Academic and Student Affairs

The Dean of Students

We got kalyppo after shows – The Angels

Ghanaians always worship outsiders and neglects their own – Efia Odo