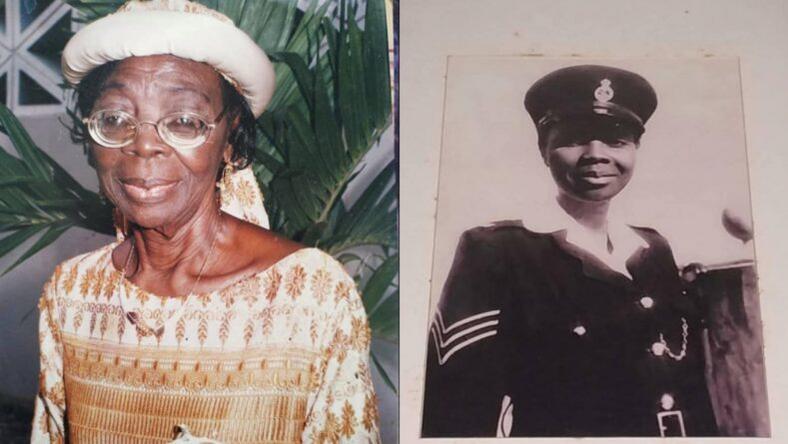 During her active time in the police force, the trailblazer fought for the rights of her fellow policewomen in a bid to ensure equality of treatment among other things.

The BBC reported her son Andrew Nkansah as saying that Rosamond Asiamah’s greatest achievement in the police force was encouraging other women to join the force, arguably the reason why the service has more women today and continue to recruit more.

Aside from the above, she also insisted that women officers who got pregnant should be allowed back into the force after their maternity leave.

“Requesting that policewomen should be allowed to marry, get pregnant and have children as and when they wanted was a very important one for all those who came after them.

“I believe if that had not happened, we would have fewer women in the police service than we have now,” Police Commissioner, Beatrice Zakpaa Vib-Sanziri is quoted as having said about her predecessor Rosamond Asiamah.

One Margaret Dakwa who is reported to be the deceased’s former colleague said 12 of them were recruited on the same day and Madam Asiamah was made their leader.

“Our main job was matters concerning women and children. We couldn’t marry and, therefore couldn’t have children.

“But we were women so we said we couldn’t be because we were serving the country in the same way as the men.

“They marry, they live with their wives and children, so we asked why can’t we marry?” she quizzed.

Rosamond Asiamah was given a well-deserved title PW1 (Police Woman One) emanating from her activism and the way she paved for more women not only to be recruited into the police service but also treated with respect and dignity that were accorded their male counterparts.