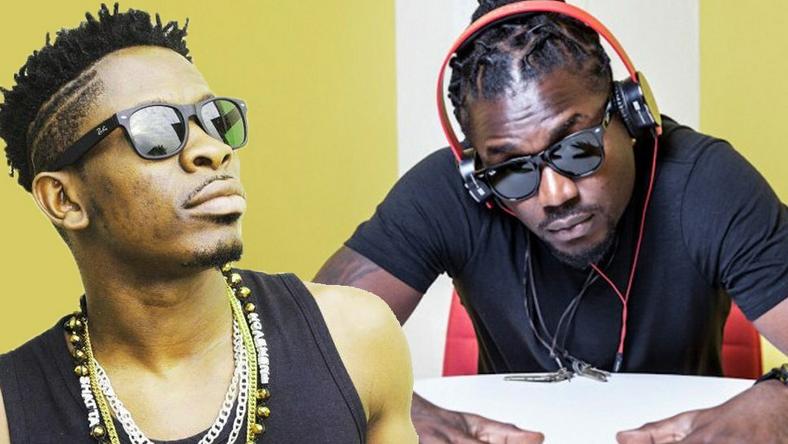 Samini fired shots on Twitter this morning in reply Shatta Wale describing him as King without a palace and pool in a new ‘Real’ song . “The living fool measures the success of a man by the size of a swimming pool,” Samini tweeted.

He continued “living proof of the fact that depths of minds differ. A beneficiary always feels wisest until the benefactor becomes woke. Remember I did it all by myself without a “Nam1” and no one is my Don“.

The ‘Kpoyaka’ singer who recently announced “1King” as his new nickname with a song titled as such released added that “None a dem a badman please… a pure rookie…. smdh chale …. over my dry bones oooo. … ego over dem“.

“This Friday I go serve buffet for dem while I watch through the lease of my snipping tool,” Samini added. Shatta Wale understood Samini’s words so clear and fired back at him.

“You do song about girls and I do song about money, nooorr you bore deh dis somebodys fada NAM1… I start buying houses before I met NAM1, you start buying credit as MTN sign you…That was your fucken property maaafaka,” he tweeted.

Both acts have since been hitting each other with tweets making rounds on social media with their fans adding their takes. See the tweets with some of the comments below.