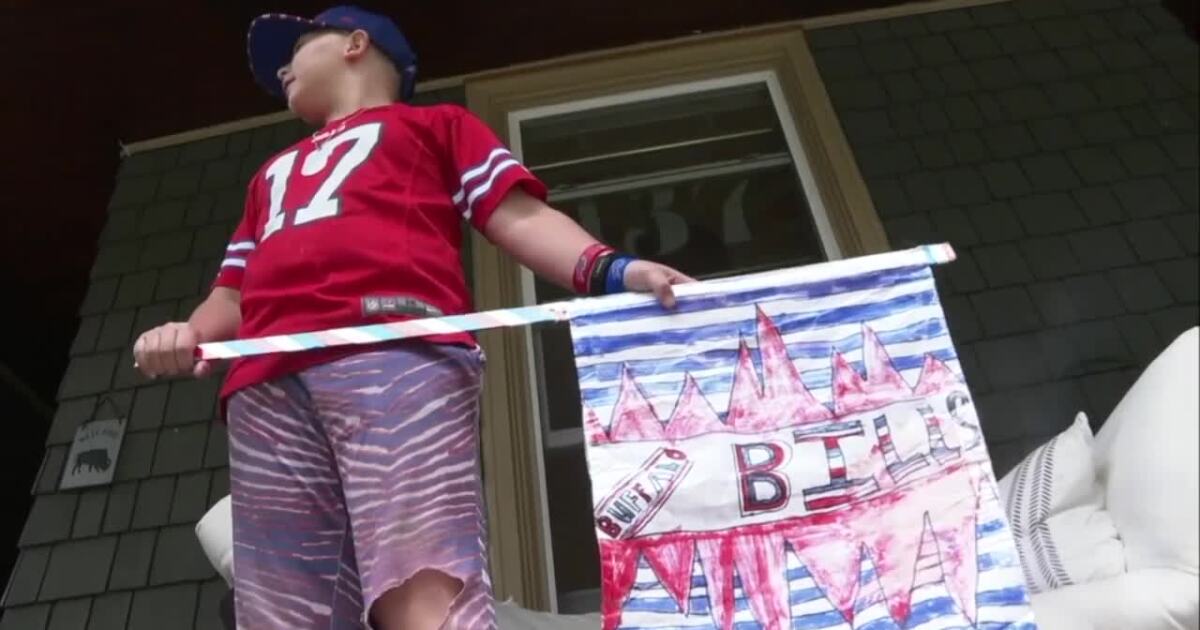 BUFFALO, N.Y. (WKBW) — Somewhere in the Elmwood Village, after something good happens during a Buffalo Bills game, you may see a fifth grader running down the street.

“Whenever the Bills score a touchdown, I grab this homemade flag,” said Leo Schult. “I run up and down the street waving the flag in the air.”

Leo Schult, if you couldn’t tell, likes the Buffalo Bills. Earlier this year, he went to his parents with a big question.

“How can I raise $3,000 before September,” asked Schult. Leo wanted Bills season tickets. His parents walked him back, a bit.

“If you really, really want to go that badly, start to earn some money and then we’ll talk about it again,” said Leo’s father Scott Schult.

So, for months, Leo saved for tickets to the season opener.

“He cleaned out his closet had a yard sale out, here on the front lawn,” said Leo’s father. “Sold 50/50 raffle tickets to the neighbors and just any cash that came his way, from any direction, was going towards that.”

He raised it. He’s going on Sunday.

Leo considers himself a super fan. He says he learned from the best.

“When I was eight years old, I got this book from my grandpa,” said Leo.

The book is “Pancho Power.” It tells the story of the late super fan, Pancho Billa.