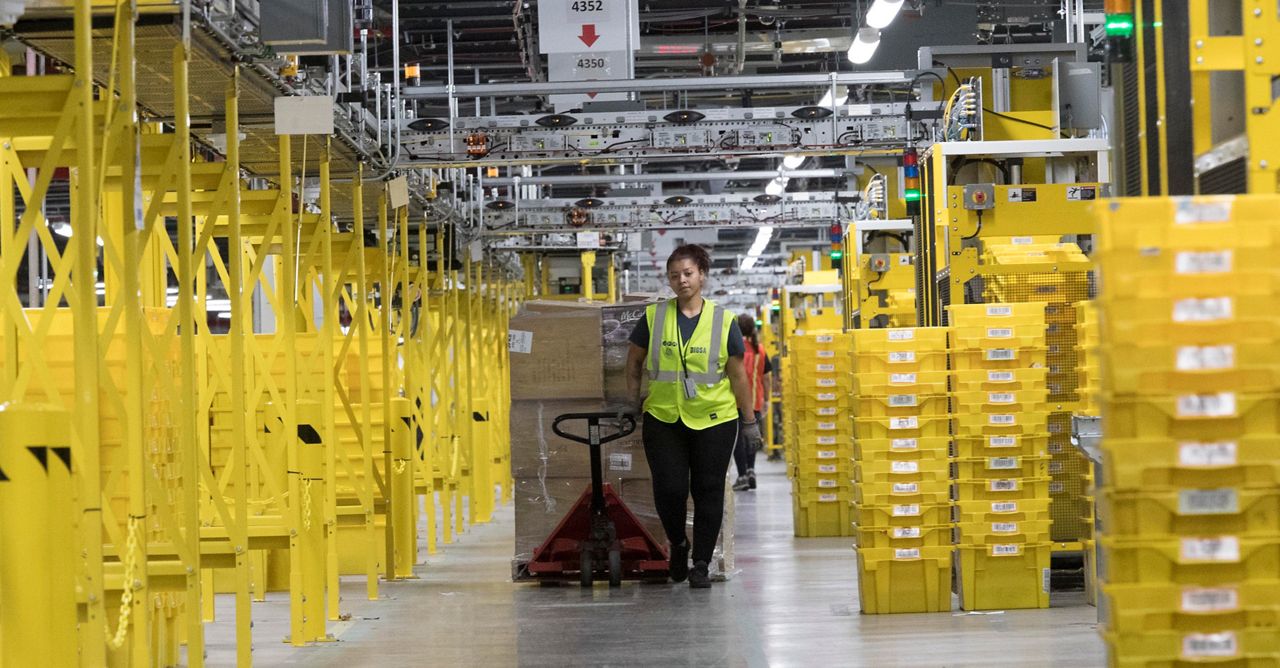 STATEN ISLAND, N.Y.  — The Amazon Labor Union on Staten Island is set to file for a union election Monday with the National Labor Relations Board.

If approved, it would lead to a company-wide vote on whether or not to unionize four different Amazon facilities on Staten Island that employ around 7,000 workers.

The labor union says it wants to be able to negotiate better pay, more time off, longer breaks, and less mandatory overtime among other benefits.

Speaking on “Mornings On 1” Monday, Chris Smalls, the president of the Amazon Labor Union, acknowledged that Amazon’s $15 an hour wage is better than its competitors, but says job security is key.

“If the job was sustainable, they wouldn’t be hiring all the time,” said Smalls. “That’s the real question that everyone has to ask. Why are they able to do this? It’s because they fire at a rate of 150%. So unionizing is job security and thats exactly what we need here. So that’s why six months ago when we started this campaign, workers said this is something that we want and here we are today getting ready to file for an election.”

The NLRB will decide whether or not to validate the petition once it’s filed. Amazon would then be required to inform all of its employees of the petition and set a time for a vote and count.

The vote would need to get 50% support in order for Amazon to recognize the union.

Amazon issued a statement saying it empowers people to find ways to improve their jobs every day, and doesn’t think unions are the best answer for its workers.

Donuts with Santa fundraiser held for woman with cancer

Pub to donate half of profits to Oxford victims

Donuts with Santa fundraiser held for woman with cancer

TikTok star Asantewaa accused of having affair with her manager, Cassious – Videos pop up