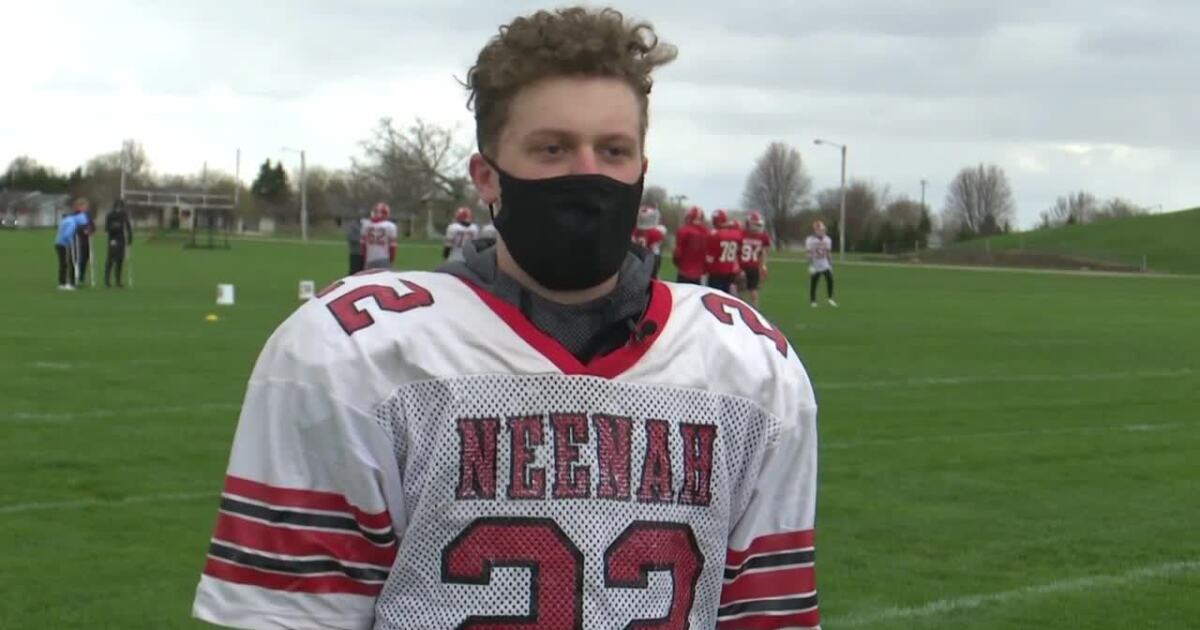 NEENAH, Wis. (NBC 26) — Editor’s note: in the above video, Neenah was misspelled to Sheena in one TV graphic. We apologize for the error.

With 40 seconds left in regulation, Jayden Montgomery rushed in a game-tying touchdown for the Bay Port Pirates. After missing the extra point, the first matchup in history between the two teams was tied at 13.

“You know, that’s adversity. And then when they miss that extra point, that was a sign of life and we took a big punch,” Rockets head coach Steve Jung said. “I think our kids woke up. We responded, and the game got really interesting after that.”

Jung saw that Neenah was having a hard time stopping Montgomery when he was in at running back. He prioritized winning the toss to start overtime on defense for a shot to win the game.

“If they score, and they’re going to kick their extra point, then we score, we’re going for two. So we were planning on it the whole time,” Jung said.

The excitement and pressure seemed never-ending at the Rockets’ second home game in 538 days, heightened by the historic match up featured in the Fox Valley mega-conference.

“It feels awesome to play big teams like Bay Port and Fondy and all of them,” QB Luke Elkin said. “It’s awesome that we’re finally able to play football because we’ve waited so many months for it, and it just feels awesome especially as seniors to get a big win like that on Friday night. It’s just awesome.”

For the fifth time in four games, Elkin rushed for the touchdown, as planned.

“If it had taken us four plays, it would have been four quarterback sneaks,” Jung said. “Just keeping it simple and putting it in the hands of arguably your best football player.”

What came next in the plan was a two-point conversion play between Elkin and his neighborhood playmate turned teammate, Chase Hanselman. This play had been practiced both with the team and just each other.

“Going back to elementary school, Chase and I would always go out at recess and throw a football around,” Elkin said. “So that just shows part of the chemistry. Especially in this long offseason, like I said before is, we’ve been out here throwing routes to each other for a long time.”

The duo also play baseball together, commitments they have been balancing side-by-side as football overlaps with baseball due to shifted seasons.

“He’s a brother that I’ll never forget and even beyond high school, we’ll remain best friends,” Hanselman said. “And it just carries on to the field in football and in baseball, and it’s just chemistry that you can’t break.”

“It’s probably one of my favorite games that I’ve ever been associated with,” Jung said.