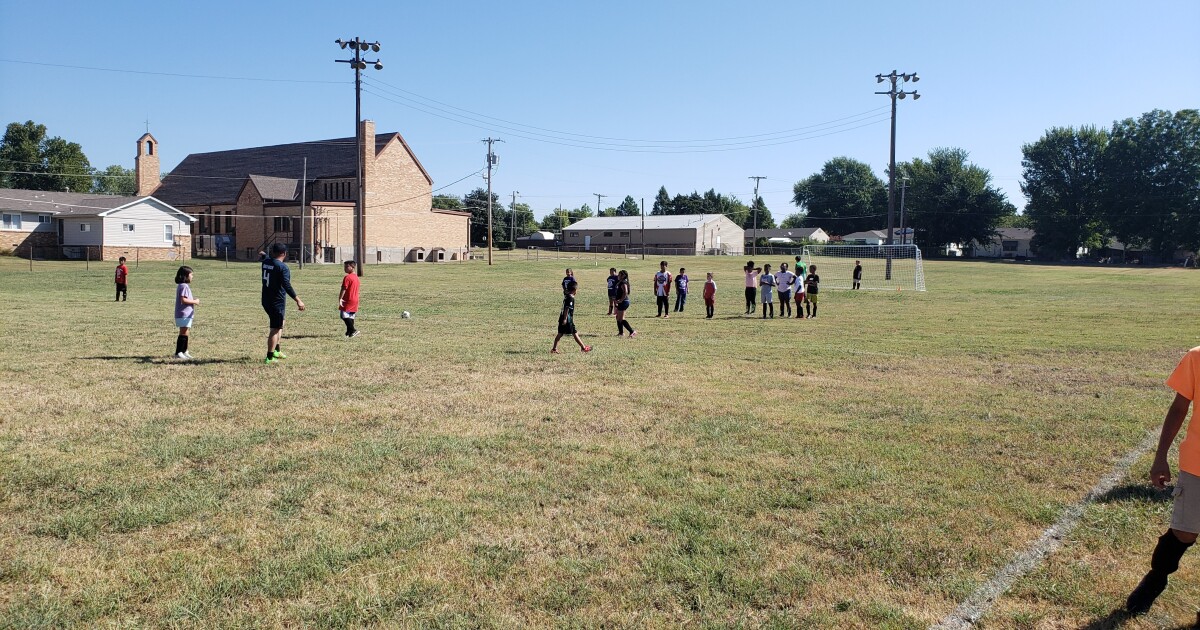 TULSA, Okla. — Two Catholic parishes in North Tulsa are trying to bring soccer to the area. Father Celestine Obidiegwu said he saw the opportunity to bring a soccer league right to his backyard.

His parish has about 10 acres of vacant land. He saw fit to turn it into soccer fields, where multiple leagues can play.

“These kids want to play in a soccer league. You know, they don’t want to just go and start playing soccer around, no. They want to participate in a league where they can compete and win trophies, but not every parent in north Tulsa will be able to afford to pay 300 dollars to play in a bigger league,” Father Obidiegwu said.

Father C serves at St. Augustine parish near Apache and Peoria, he not only has a heart for his congregation, but for everyone in his community.

Every Sunday after mass, you find him in the backyard of his parish playing soccer with kids from the area.

“It started from my background, I’m from Nigeria, I played soccer you know, High School through college, when I was in the seminary as well, so that’s where this strong desire is coming from,”Father Obidiegwu said.

His personal passion for the sport led him to transform the vacant lot into a field of dreams.

“What a privilege, what an honor it is for us to be part of this. It’s always good to help a child define, refine, and grow those basic wonderful talents,” he said.

He hopes the sport will keep kids physically active and away from trouble.

His goal is for families who often can’t afford the costs of uniforms or league expenses to have access to the sport.

Kimberly Allen is the grandmother of one of the players.

“It meant a lot because, you know, some of the children cannot afford to buy what they need, you know, but they want to play so in order to get out there and all look alike and I have the same thing on, that means a lot,” Allen said.

Within two weeks they raised money to cover uniform and league expenses for 50 kids in the area.

They currently have two soccer fields available, but Father C said they want to expand because more kids want to play.

Before they can do that, they have to upgrade the land for proper drainage.

St. Augustine and St. Monica Catholic churches are asking the public for help as the cost of those repairs range anywhere from $120,000-$150,000.

Stay in touch with us anytime, anywhere —

Prampram: Police probe killing of one person at a shrine