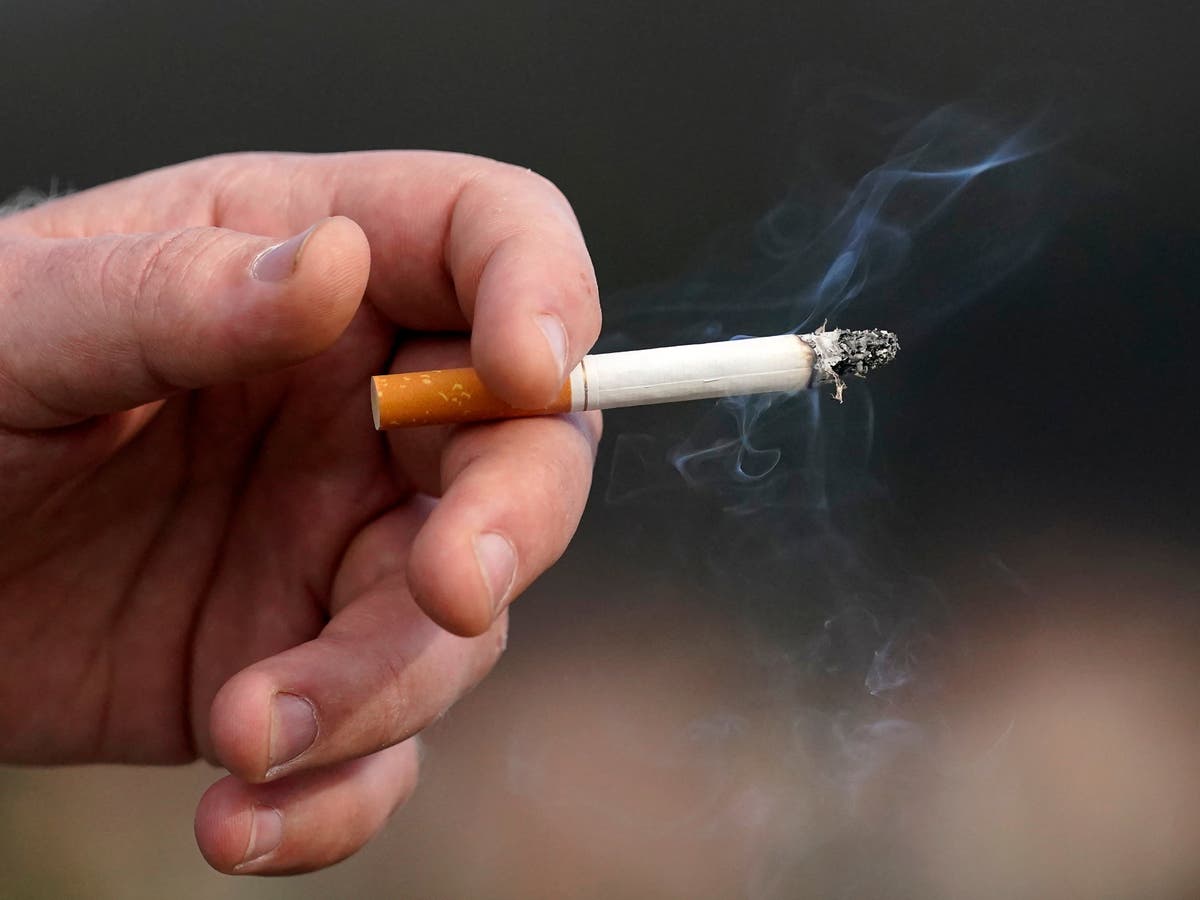 The stress of the Covid crisis has fuelled Britain’s nicotine habit, with more than half of smokers “stress-smoking” more during the pandemic, a new survey suggests.

The poll also found that 10 per cent of all cigarette users in the UK have started smoking again after quitting, due to the strain of the outbreak.

Young people in particular are taking refuge in the habit, with 39 per cent of smokers aged 18-34 saying they are now smoking more regularly, analysts Mintel reported.

Overall, 30 per cent of smokers are smoking more regularly since the start of the coronavirus pandemic last year.

While smoking is increasing, two thirds of Britain’s smokers – 65 per cent – said they were worried that the virus is more dangerous to them than non-smokers.

A further seven in 10 – 69 per cent of respondents – said their respiratory health is more important to them now than before the Covid-19 outbreak.

Roshida Khanom, one of the directors at the Mintel market research firm, said: “The pandemic has elevated stress levels … There has been a peak amongst young smokers where increased unemployment and job uncertainty is likely to have driven [smoking] rates.

“These added stressors may be the reason for the disconnect between smokers’ health concerns and their habits. Despite seven in 10 considering their respiratory health more important to them, smoking rates are up.”

The analysts said smoking was seen as a “small vice” at a difficult time, when there is little else to distract people from their worries during lockdown.

Khanom added: “While the easing of lockdown restrictions will tackle loneliness and boredom, two factors that have boosted smoking rates, it will take more to reverse the habits developed during the prolonged periods of lockdown.”

More than four in 10 e-cigarette users (42 per cent) are vaping more regularly too, according to Mintel, after the analysts surveyed almost 2,000 adults in October.

E-cigarette sales continue to grow, increasing by an estimated 7 per cent in 2020 to reach £214 million, Mintel said.

However, sales of products designed to help smokers quit such as nicotine replacement therapies declined in value by 3 per cent last year to an estimated £144.1m.