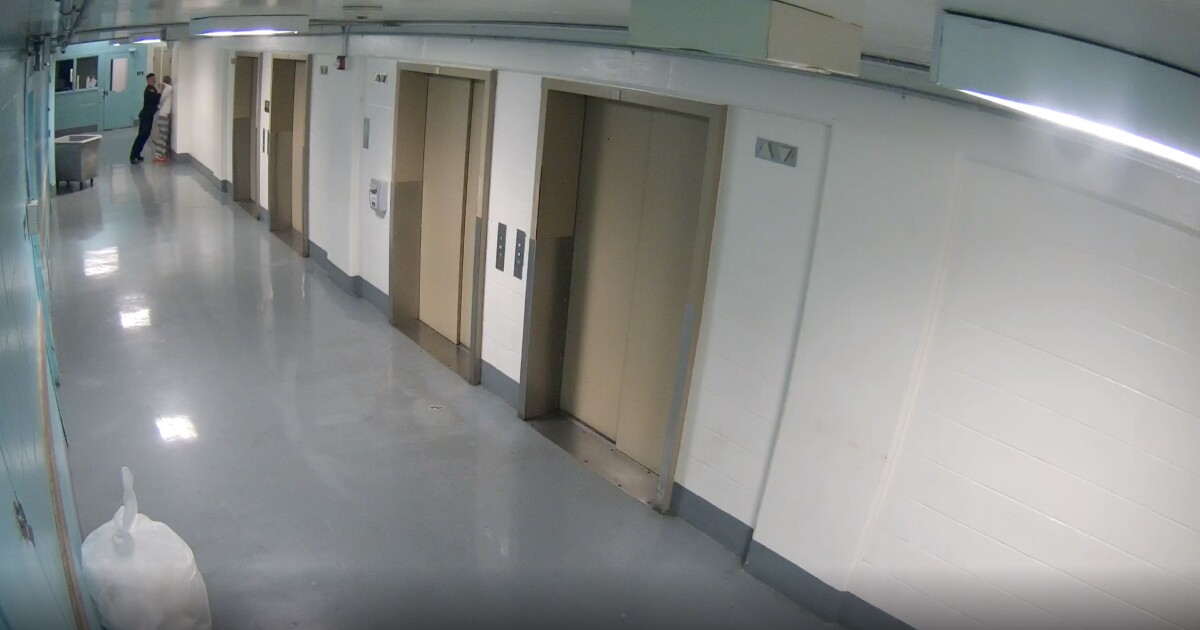 CINCINNATI — A Hamilton County deputy has been charged with assault, accused of using excessive force on a prisoner on April 19, according to a press release from the Hamilton County Sheriff’s Office.

Deputy Rick Johnson, 31, has been charged with one count of misdemeanor assault on Monday. He was released after being charged.

Court documents said Johnson placed a handcuffed inmate he was escorting against a wall “to gain control.” Johnson then reportedly shoved the inmate to the floor, causing a laceration above the inmate’s right eye.

Hamilton County Sheriff Charmaine McGuffey said Johnson did not report the incident himself, but said other officers saw it happen on video and reported it to supervisors.

“Other people stepped up and said, ‘Here’s an incident,'” said McGuffey. “We looked at it right away. Pulled the video and immediately acted upon it…it’s so important, because it sets the precedent that under this sheriff’s administration we will not tolerate excessive force.”

Johnson has been suspended with pay. He will remain suspended with pay until he is prosecuted, according to the Sheriff’s Office. Johnson works in the Jail Services Division and the incident involved a prisoner in the Hamilton County Justice Center.

“It sends a message through the entire institution and the entire Sheriff’s Office as to the direction that we’re going in with this administration,” said McGuffey. “That message is, we will be accountable. We will be transparent to the public. We will act in ways that demand integrity.”

Watch the video of the incident below:

Arrest made in fatal shooting of 1-year-old

Arrest made in fatal shooting of 1-year-old