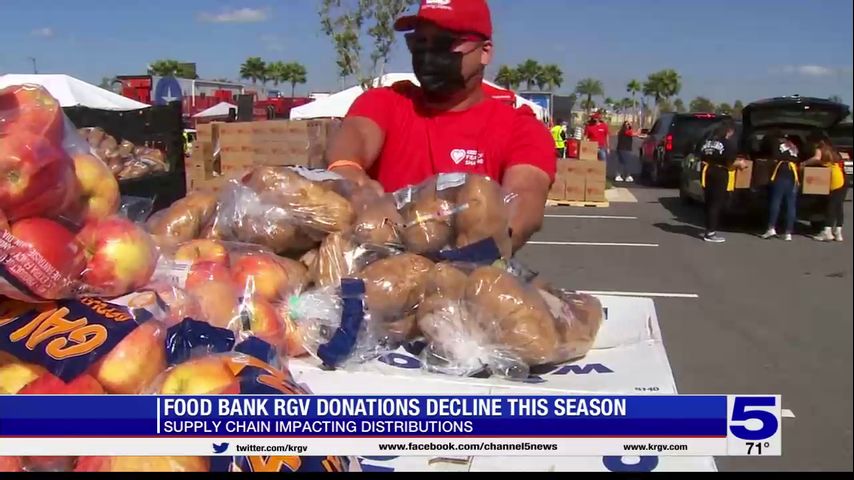 One Valley group wants to make sure their operation keeps running this holiday season despite the supply chain.

Since March 2020, the number of clients are going up, but the number of donations are not, according to Food Bank RGV CEO Libby Saenz.

Part of the reason why, Saenz says, is a lack of access to food.

“There’s still a lot of stuff that’s being brought overseas that’s still being held at ports, so we’re not seeing that coming in,” Saenz said. “We’ve been steady, foods coming in steady but it doesn’t stop, the food comes in and it goes right back out the door.”

The food bank’s Thanksgiving distribution is this week and they’re planning to give away 1,000 turkeys, but because of delayed shipments and donations of canned fruits and vegetables, some of those Thanksgiving trimmings could come at an extra cost.

“We will continue going,” Saenz said. “If we have to put in more produce or if we have to buy some more product or something like that, we will not curtail any of our distributions.”

Even though the distribution is set for Wednesday, Saenz says it’s not too late for the community to take action and fill the shortage.

“People can help out in every single way,” Saenz said. “If it can’t be monetary, which we can do a lot with, it can be with their time and that’s as simple as coming to volunteer for one hour with the food bank.”