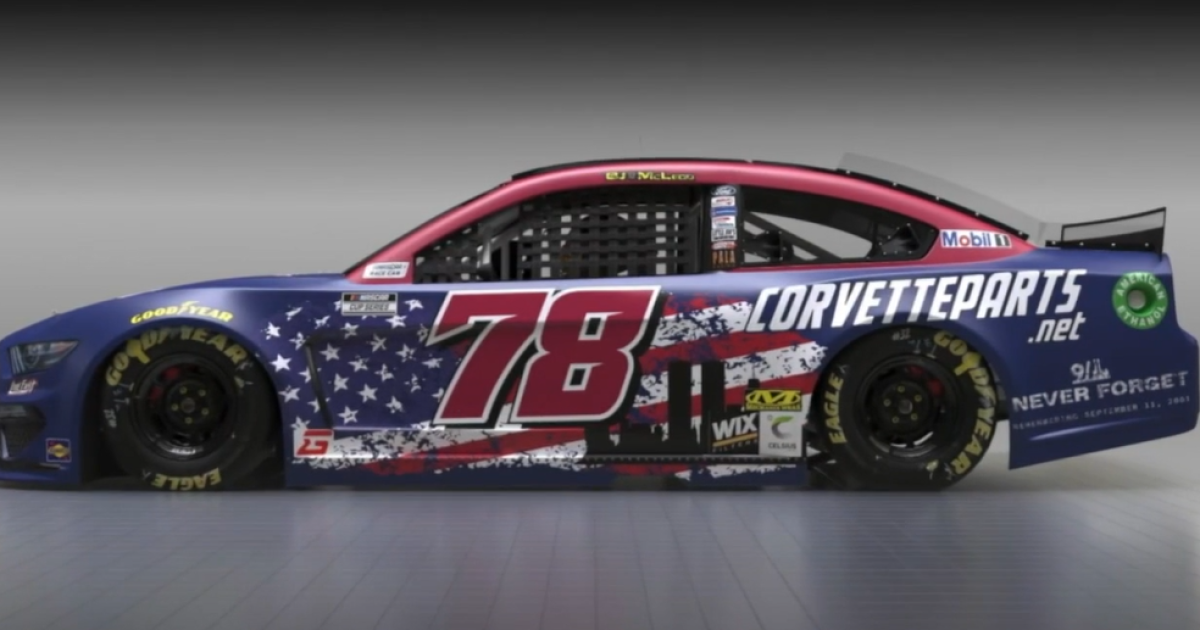 WEST PALM BEACH, Fla. — Saturday at NASCAR’s Federated Auto Parts 400 race in Richmond, Virginia, there will be cars with tributes to the memory of the 9/11 terrorist attacks.

But there will be only one car with a tribute designed here from a man in Palm Beach County.

“This one has all the artwork, not to be over the top, but with the U.S. flag and a silhouette on the car and, obviously, the sponsor on the side with the lower quarter saying ‘Never forget 9/11,'” David Marrero said.

Marrero’s military career spans 30 years. He’s currently in the Army reserve, the director of sales and marking for Live Fast Racing and the designer.

He said the sponsors are very patriotic.

“I did some other cars in the past for them, thanking the heroes when the pandemic was going on,” Marrero said. “I did that design for (Jeff) Darlington last year, and this year they wanted to commemorate 9/11 because the event itself is on 9/11.”

“Supporting our troops, our country and really paying tribute to the thousands of lives that were lost 20 years ago,” he said.

It was tough for Marrero to design the graphics for 9/11.

“Oh yes, it was,” he said. “I’ve personally known a couple of people that were involved with the tragedies that happened.”

The tributes don’t stop there because during Sunday’s race in Bristol, Tennessee, Marrero will have a car with a design in memory of the 13 service members who recently died in Afghanistan.

Kenyan elderly women learn to defend themselves against sexual attack

Russia WAS responsible for 2006 killing of Alexander Litvinenko, ECHR rules