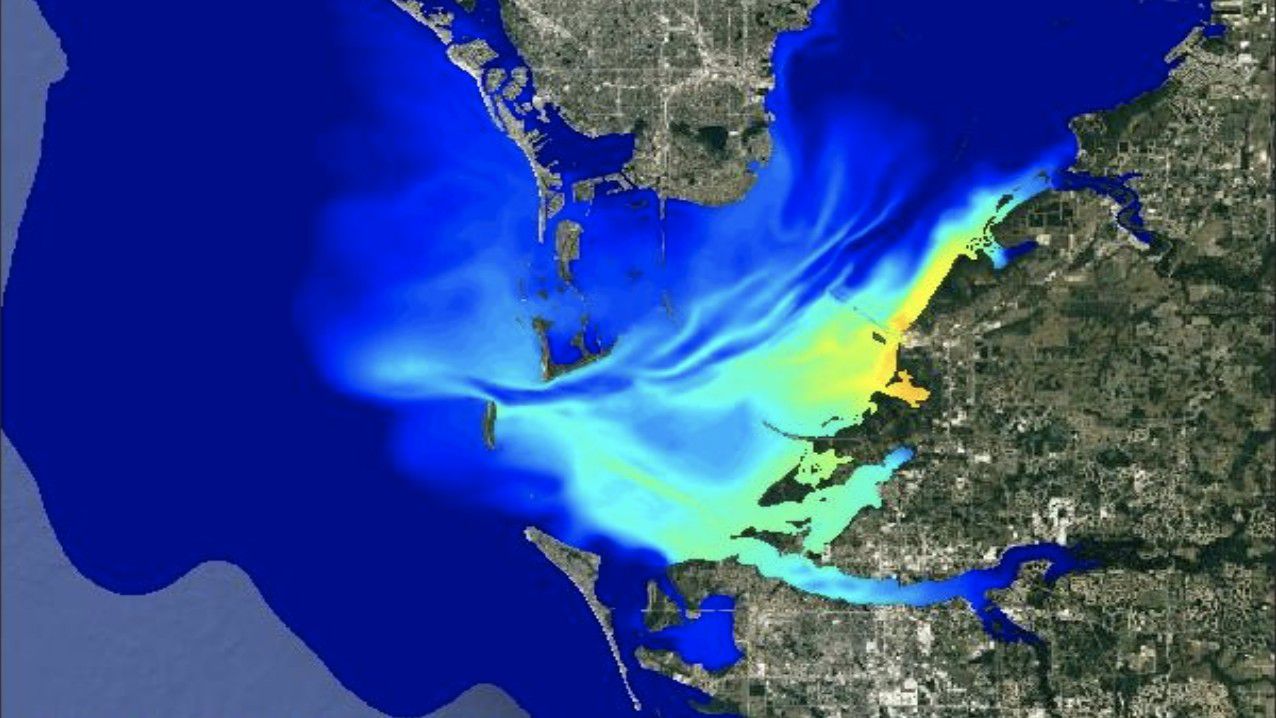 Researchers at the University of South Florida’s College of Marine Science have created models to show where the wastewater from Piney Point has spread throughout Tampa Bay.

What You Need To Know

One model shows the wastewater that started on March 31 close to Port Manatee and has since spread into the Gulf of Mexico. Another model predicts how the pollutant plume will move through Friday.

“It’s going to take weeks or months to really get rid of that stuff. And the hope is that when it dilutes enough, it’s not going to have any impact anymore,” Professor Weisberg said.

Researchers at USF’s College of Marine Science have created circulation models that show how the pollutant plume from the #PineyPoint wastewater is moving throughout Tampa Bay & into the Gulf of Mexico. This model shows 3/30 to 4/08. Red/orange areas are of higher concern @BN9 pic.twitter.com/dCO3nok1kg

“If we do get a red tide originating off shore, of course any additional nutrients that we put into the ocean will further fuel that bloom. So, the quicker this dissipates and gets out of here, the better off we’ll be,” Professor Weisberg said.

He studied the impacts in 2003 when water from Piney Point was taken out to the Gulf of Mexico on barges and discharged. He says because the water is deeper there, it dissipated quickly and they didn’t see any major impacts.

The hope is the material from this water will spread out quickly, and there will be minimal impacts. Professor Weisberg’s team is working with others across the Bay area to study every possible environmental impact.