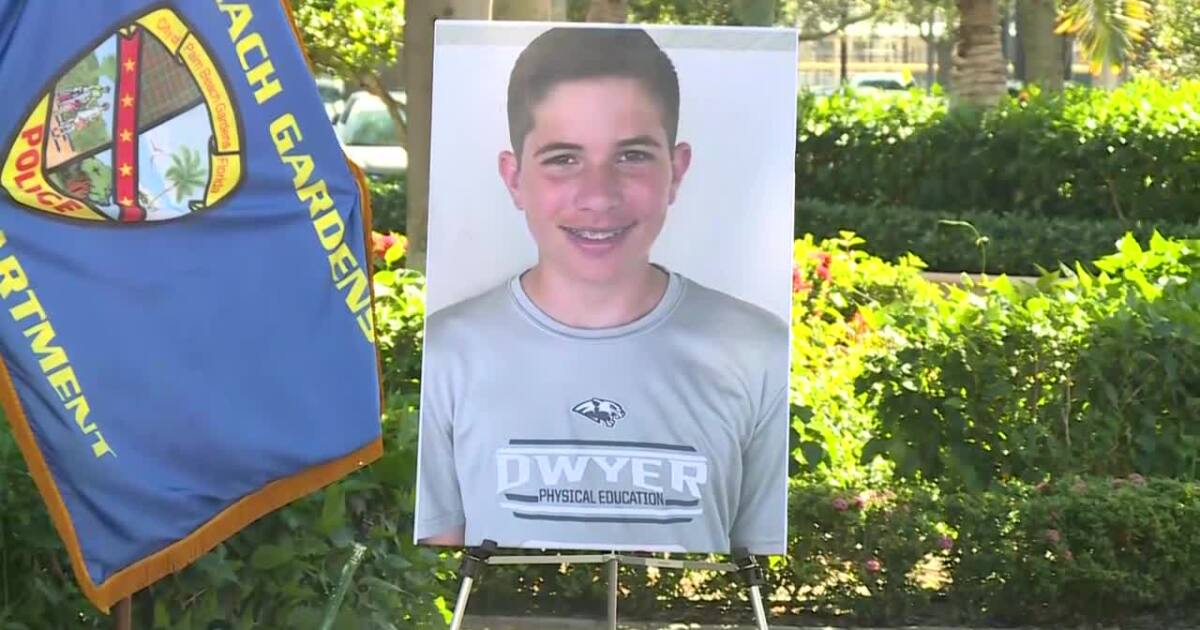 PALM BEACH GARDENS, Fla. — A 14-year-old Palm Beach Gardens boy was stabbed to death by a “homeless drifter” in what appears to have been “a completely random act,” the city’s police chief said Thursday.

Semmie Williams Jr., 39, was arrested on a charge of first-degree murder Wednesday night.

Palm Beach Gardens Police Chief Clint Shannon said there didn’t appear to be a motive other than an “innocent child victim having a chance encounter with a very violent criminal.”

Shannon said Williams, who was arrested in Miami, had no ties to Palm Beach County or Palm Beach Gardens.

“None whatsoever,” he said. “It’s a mystery to us why this man was in our community, but, again, we have evidence that places him on the scene and makes him responsible for the murder of this child.”

According to a probable cause affidavit, DNA evidence collected at the scene linked Williams to the crime.

Williams was being held without bond at the main Palm Beach County jail.

Shannon praised the work of investigators for their diligent efforts that led to the arrest.

“They brought some answers to the family and they removed a very dangerous monster from our streets,” Shannon said.

Shannon said there was no information that anyone other than Williams was responsible.

Contact 5 investigative reporter Michael Buczyner asked the chief whether he believed Williams should have been incarcerated.

“People can draw their own conclusion on that,” Shannon said.

The 14-year-old William T. Dwyer Community High School freshman and avid soccer enthusiast was found dead Nov. 16 near the Central Boulevard sidewalk at the Interstate 95 overpass, less than 24 hours after his mother reported him missing, police said. A bicycle was found near the body.

Cindi Rogers wrote on Facebook that her son went out for a bicycle ride early in the evening on Nov. 15 and didn’t return home.

Palm Beach Gardens police later said the teenager was the victim of a homicide and not a traffic-related collision.

Shannon decried the misinformation being shared on social media, including some suspicion directed at the teen’s parents.

“The parents have been nothing other than forthright and cooperative with us,” Shannon said.

Shannon also defended his department’s perceived secrecy about the investigation, saying police “put out what we felt was necessary to protect the public.”

“We were working on investigative leads,” he said. “We are not going to compromise the case.”

When asked if he thought Williams was involved in any other crimes, Shannon said it is part of the ongoing investigation.