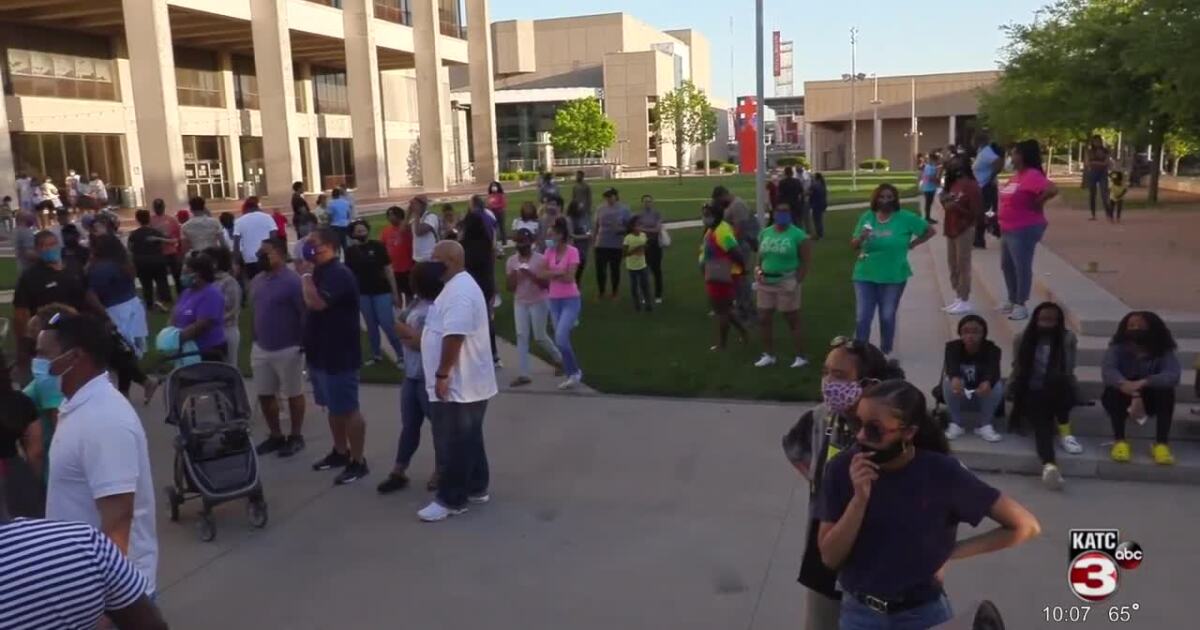 Search efforts continued on Sunday for missing LSU student Kori Gauthier of Opelousas. That evening, a prayer vigil was held which included family friends and local and state leaders.

During today’s vigil Alsandor spoke. He say’s Gauthier is his relative. He shared a message of hope for those gathered.

“Our message, as I speak to you now, is one of hope until that finale comes , no matter what those circumstances are. We have hope, we are continuing to pray and the power of God is always working. So when we come together today and we stand and we pray those who will speak and listen, we’re binding together with God’s strength behind us that we get the answers that we’re looking for.”

Nearly 200 people were gathered at the vigil on Sunday.

On Saturday, April 10, LSU released a statement saying that a K9 cadaver dog alerted twice in the same area on the Mississippi River and that mounted patrol would be searching the levee on April 11.

They say that the area is around 85 to 90 feet deep and conditions are currently unsafe to deploy divers.

“Officials continue to keep in close contact with Kori’s parents to keep them updated on any developments. We ask everyone to respect their privacy during this time and to keep them in your thoughts,” LSU officials said.

The search for Gauthier began on Friday and resumed Saturday morning in Baton Rouge with volunteers conducting an ATV search of the levee and searching on horseback.

Gauthier has been missing since early Wednesday morning, when her car was found abandoned on the Mississippi River bridge after another motorist crashed into it. The LSU freshman was not in her vehicle, but her family says that her wallet and phone were still inside.

Drones and helicopters were also used to survey the river.

To reach the newsroom or report a typo/correction, click HERE.