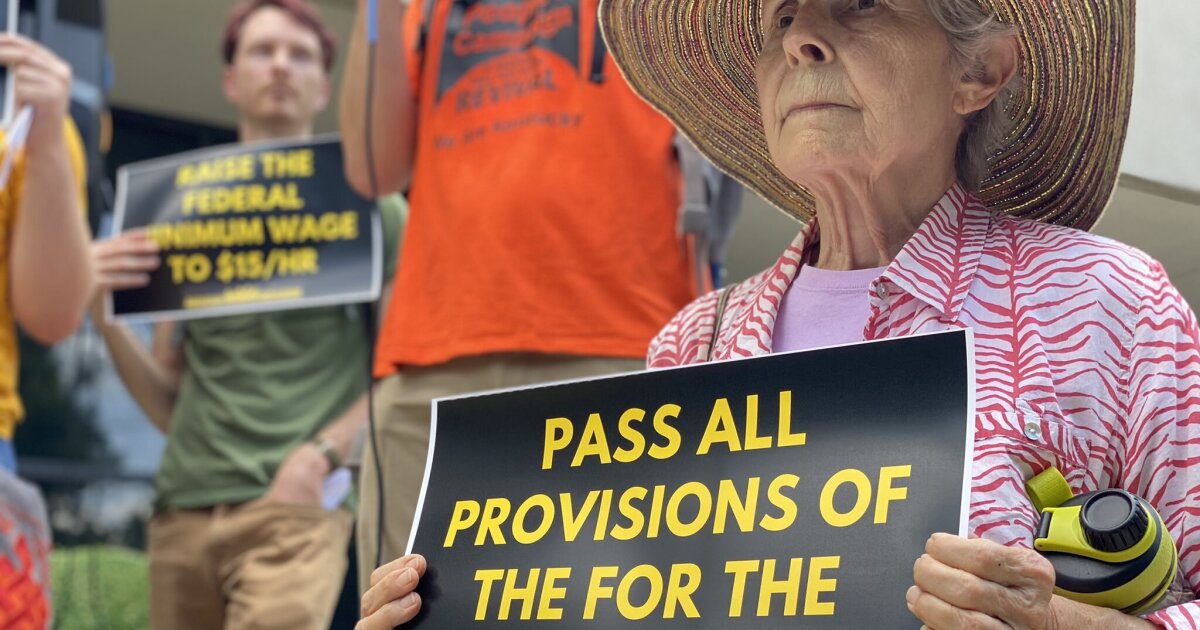 LEXINGTON, Ky. (LEX 18) — “Forward together. Not one step back,” shouted protesters in front of Senator Mitch McConnell’s Lexington office on Monday.

The protesters were with the Poor People’s Campaign, an anti-poverty group that wants the government to pass policies to improve the lives of the poor. Some of those policies are a $15 minimum wage and federal protection of voting rights.

However, the group believes to do these things, the filibuster must end.

“We must end the filibuster,” said Jeremy Porter, an activist with the group. “We must stop Mitch’s mayhem, madness, obstructionism, and the misery that he causes for all the people in Kentucky.”

One thing the group is really hitting on today is the filibuster.

The group’s position is that “the immoral filibuster stands in the way of moral policy and the work of healing the nation.”@LEX18News pic.twitter.com/fefKBCAz52

McConnell has stood behind the filibuster, saying it serves as “Kentucky’s veto.” Therefore, he believes it’s necessary. But the protesters see it as a block.

“The filibuster is an action designed to block progress, to prevent bills from passing,” said Arnold Farr during Monday’s rally. “The filibuster has to go.”

Results of gang-related violence investigation to be revealed

Mother arrested after abuse is caught on camera

Three Chinese astronauts return to Earth after 90 days in space

Results of gang-related violence investigation to be revealed