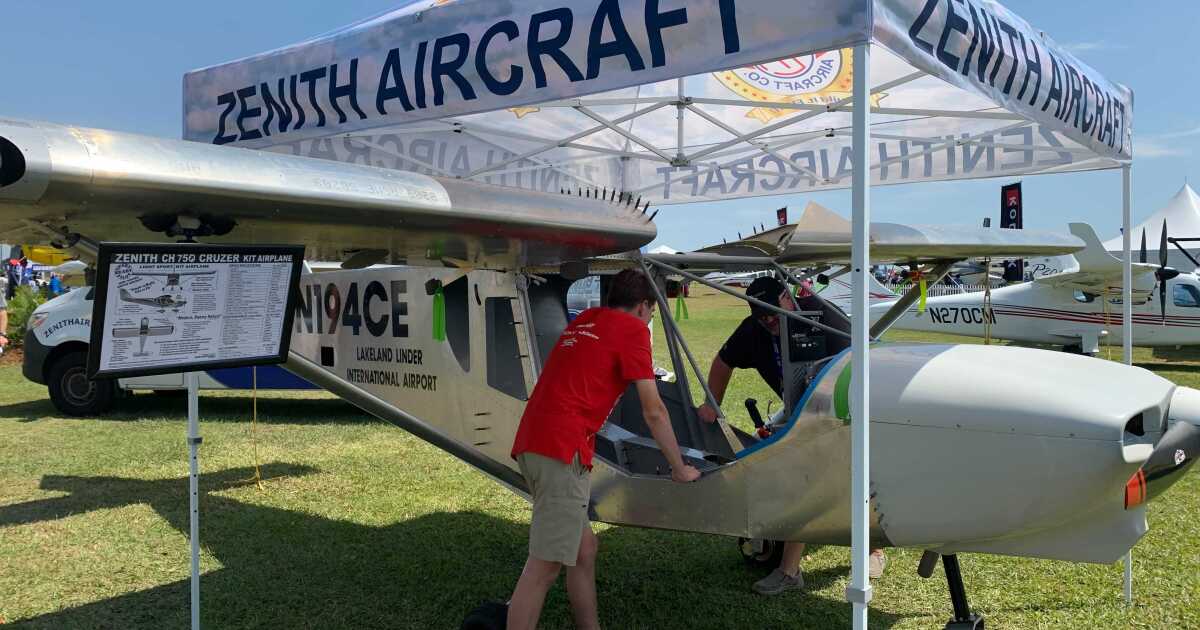 LAKELAND — Hundreds of pilots were at the Sun ’n Fun Air Show, but not many of them can say they built their own plane. That’s exactly what three high school students have been doing and the end result will be nothing short of inspirational.

When Landen Kincart, Nathan Turbeville and Andrew Rodriguez started working on their Zeneth 750 Cruiser it came as a kit, with a box full of parts and detailed instructions.

“I knew nothing about airplanes, and I saw this club and I’m like, ‘hmm, building an airplane,’ I thought it was interesting,” said Turbeville.

However, if the task of building a plane wasn’t challenging enough, the students at Central Florida Aerospace Academy decided to make their own alterations.

“It has been modified to be flown without the use of your legs,” said Kincart.

Advisor Andy Ovans wasn’t about to question their dedication to make something really special.

“We’re sitting there as a team, we’re thinking about it, you have to think like somebody who has a disability,” said Ovans.

So the students started rewriting the directions and making their own parts on campus.

“Sometimes we made three or four pieces of garbage before we made a beautiful part that made it into the airplane,” said Ovans.

“This plane allows you to just use your hands, you don’t need to have the controls of your feet, there’s no pedals for you to use, its all in your hands,” said Rodriguez.

The design has captured the imagination of even the most experienced aviators.

“And now other people in the building community are like, ‘can you make me one,’” said Ovans.

After spending hundreds of hours over the course of two years the plane is finally expected to be complete by May.

It is scheduled to be put into circulation at the academy’s flying club later this spring, where it will be available to use by anyone in the community.

“And so people with disabilities can enjoy flight time just like everyone else,” said Rodriguez

“I never thought it could be a thing and now it is and I just felt really honored to be a part of that,” said Turbeville.

“It’s an experience that will change people’s lives including my own,” said Kincart.