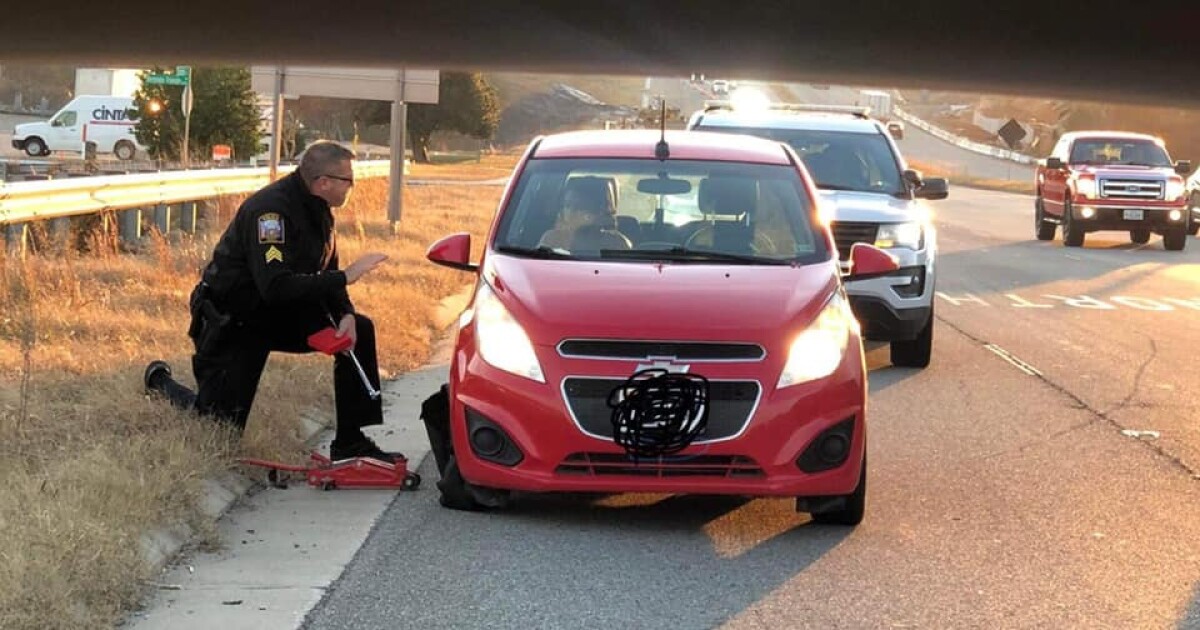 The school resource officer would tell you what he did recently for a Chesterfield driver was something any other officer would do.

“I went up to the car and there was a pretty decent language barrier,” Kimenhour said.”So, I called into the language line.”

Once they were able to communicate, he knew there was only one way to fix the flat.

“She was stranded and had no idea what she was going to do,” he said. “My grandson turned one yesterday and she had a little boy sleeping in the car seat about that age. She ended up feeding him. I mean how can you leave a mom and little boy on the side of the road, right?”

He purchased her a replacement tire, changed it for her, and sent her on her way.

His kind act was captured in a photo and praised by his boss, Chesterfield Police Chief Col. Jeffrey S. Katz, on social media.

“When we talk about a heart for service, we are talking about behavior like this! Non-‘newsworthy’ deeds that make a big impact on the lives of those who entrust us to serve and protect them,” Katz wrote in a social media post.

Kimenhour said he was in the right place at the right time to help.

“I actually left early for work. I had a pretty important meeting with Parks and Recreation that I was preparing for with my role in the Police Athletic League and there she goes right off the road in front of me,” he said.

Kimenhour said other officers have been asking him if he does oil changes and tire rotations too.

Col. Katz said Kimenhour would be reimbursed for the tire thanks to a cash award he’ll receive for his action.