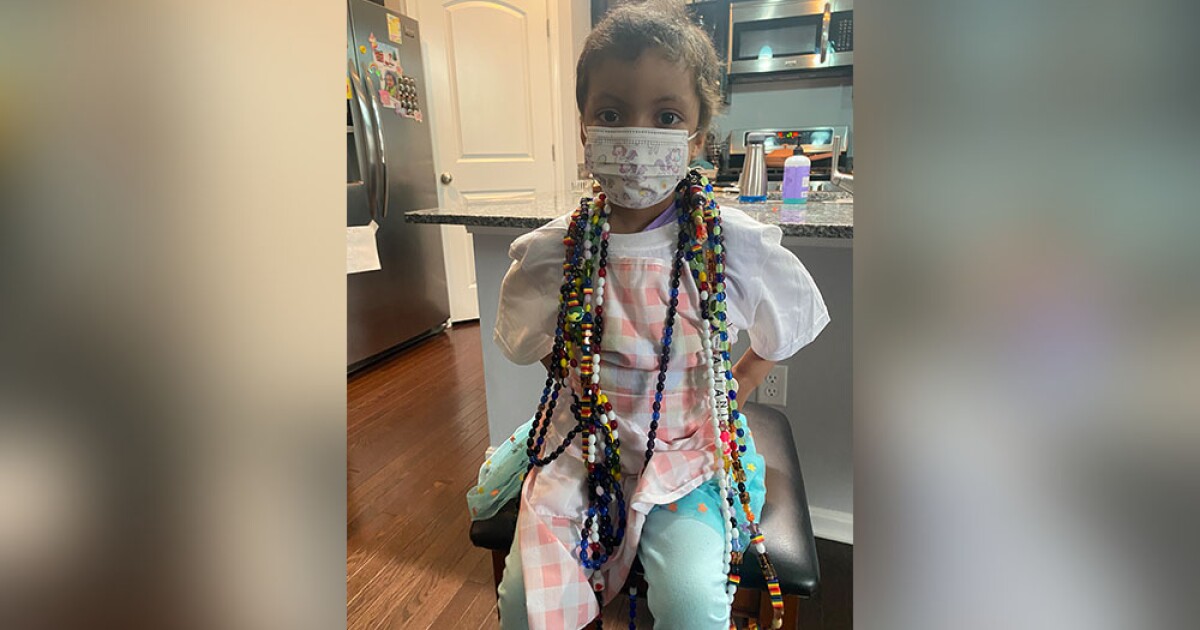 BALTIMORE — Ailani Myers turns 5 on Saturday, April 17. She told WMAR-2 News, “a whole five years old, girl!” It’s a special day for her and her family.

“We’re just so blessed to see her turn five with this much energy and looking so good because this summer was very rough. She was in the hospital for a while. We didn’t think we’d make it to this day so it means everything,” said Princecine Johnson, Ailani’s mom.

Ailani was diagnosed with acute lymphoblastic leukemia when she was just 2-years-old, and she had a genetic mutation with her MLL gene.

“One time I had to stay in the hospital for a long time and I didn’t like it but we got outta there,” said Ailani.

She had a bone marrow transplant from her dad since he was a half match. She did well for almost a year, three days shy of a year, and then she relapsed. She got treatment in the fall, T-cell therapy.

B-cells are supposed to help you fight infections but they’re bad for leukemia patients. Princecine was discouraged but then a few weeks later the B-cells went away. She said, “it was basically a miracle. Hopkins had never seen it before. She’s been without B-cells since then. We’re at 7 and a half months now.”

Now, they wait and hope she doesn’t relapse again.

“We don’t know what tomorrow is gonna bring. What’s next week is gonna bring? Every week is hard,” said Princecine. “What’s the next test gonna say? What’s gonna happen. At the same time, every day is a blessing, and we just cherish her and love her, that day, until all day, until the next results come.”

Princecine is a half match for Ailani so she can be used for another bone marrow transplant if needed but it’s ideal for her to have a full match.

To make sure Ailani doesn’t have any B-cells in her blood, she goes to the doctor every week.

“Sometimes I get my pokeys,” said Ailani. “They’re making sure my blood is healthy.”

Ailani knows about everything she’s going through and has gone through. She has her beads of courage to help get her through.

Her hospital in Texas started giving her a bead for everything she does and now Hopkins continues that. They moved to Maryland to be close to Hopkins for Ailani’s treatment.

Ailani celebrated her birthday earlier in the week with Baltimore Baker, Elise Smith. They made cupcakes with pink icing and lots of sprinkles! Elise is on the ‘Be the Match’ registry, a worldwide registry that saves lives through stem cell and bone marrow transplants.

Her brother is a half much, but she needs a full match. Elise has myelodysplastic syndrome, a form of blood cancer and has bone marrow failure. She only has 5 percent functioning bone marrow left.

The cupcakes were for Ailani but Elise’s birthday is just a few days after Ailani’s birthday, April 20th. So they had a dance party to celebrate! All Elise wants for her birthday is to find a match on the registry so her 30s can be better than her 20s.

It’s an easy process to joining the registry. It takes a few minutes online, a swab kit is sent to your home, you mail it back and that’s all you have to do. If you’re a match, most of the time you can save someone’s life just by doing something like donating blood.